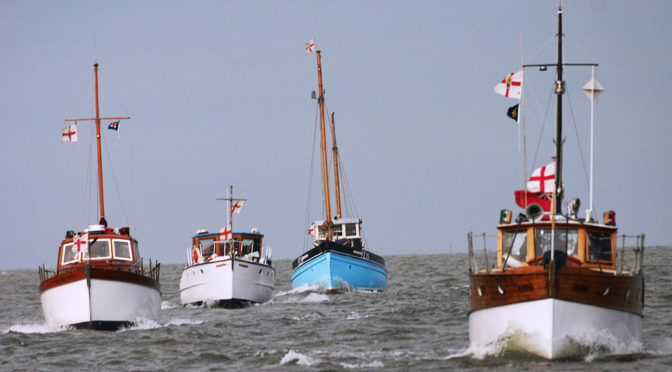 Little boats will be requisitioned by the government to pick up vital supplies of food and medicine from beaches in France, the Government has announced.

Speaking to reporters, a jubilant Chris Grayling said: “I have been a minister for some years now, and thanks to my incredible incompetence I have fucked up literally everything I have ever been tasked with.”

“I’m like a reverse King Midas, because everything I touch turns to shit. And this is why the public should trust me to organize the bringing in of vital supplies of food and medicines once our self-imposed blockade begins next year.”

“The last time Britain was truly great was when we nearly lost the war and had to scramble to ferry British troops back from France, as shown in the recent Dunkirk film that ignored the important contributions made by our European allies and commonwealth forces.”

“We are pleased to announce that the Government is putting in place a plan to requisition a large number of small boats from marinas all along the South coast, to form a flotilla of little boats that will go in and pick up food and medicines from French beaches.”

Brexit supporter Chris Bumfield from Sunderland said: “We’ve gone from being told we’ll all be much better off when we leave the EU to having to requisition small boats to shuttle basic supplies across the channel to avoid mass starvation and tens of thousands of unnecessary deaths due to lack of medicines, but I still think we should leave because I definitely remember voting for Britain to become a kind of dystopian nightmare.”

“The Government should just get on with wrecking the economy and every single public service, even if it means living in Mad Max 3 but without the ending where they escape Barter Town and find somewhere nice to live.”