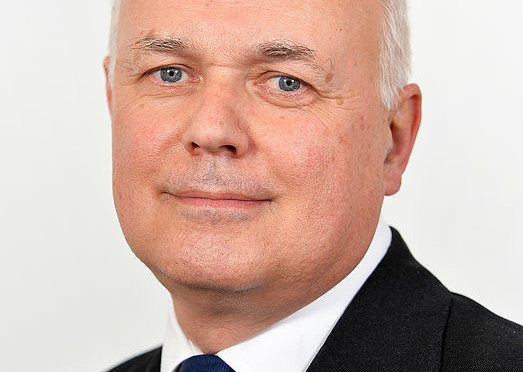 The Secretary of State for Work and Pensions Iain Duncan Smith has today given an speech outlining his plans to become a role model for the disabled.

His proposal includes being subjected to a rigorous Fitness to Govern test each year, to set a positive example to those who are disabled and already undergo similar testing.

The test is to be drawn up by his wife Betsy, and will employ the rigour that the Secretary of State has become known for in his life. He said: “I particularly welcome the involvement of my wife in this political stunt, and I firmly believe she can give the same level of taxpayer value that was last seen in 2002 when she was my diary secretary.”

“In addition to having had an illustrious military career and fathering a substantial number of children with my millionaire wife, I also have a quite extraordinary academic prowess. I won a place to read management at Dunchurch, and also studied at the prestigious Italian University of Perugia; even though I was not awarded any qualification from either, the academic rigour involved makes me uniquely qualified to lead the DWP through these difficult times. I am also one of the few people who has ever been able to live on £53 a week.”

“The aim of this project is to be a role model for the disabled, giving them a role model that can truly inspire them to pull themselves up by the bootstraps and get back into work.”

The exact details of the sanction regime have not yet been given.

Jesus Christ has forgiven me for Iraq, says Tony Blair
Elderly should be able to bequeath their vote to the Conservative Party, government says
Tweet