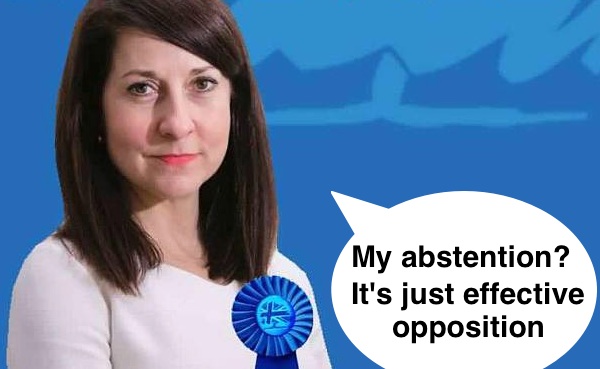 Several prominent Blairite MPs have vowed to intensify their abstentions in the wake of the Port Talbot crisis.

An anonymous Labour MP told Newscrasher: “Our campaign of abstentions has been highly effective at providing opposition to the Tories, in a way that Jeremy’s actual opposition has not.”

“Not only have we allowed the passage of numerous bills that cruelly victimise the poor. We have also propagated the myth that as a non-Blairite, Jeremy Corbyn is unable to mount any effective opposition to the Tories with whom I share so much common ground.”

He added: “Now is the time to step-up the intensity of our abstention campaign, to show solidarity with the hard working wealth creators up and down the country who earn £100,000 or more.”

An anonymous former Labour leadership candidate, who gained an impressive 4.5 per cent in last year’s leadership contest, said: “As somebody who stands for nothing except election, I’m uniquely placed to help the ordinary people.”

“That is why I will be fighting tooth and nail against literally thousands of job losses at Porto Talbot by abstaining on absolutely every commons vote.”

Brexit not totally essential for my planned enslavement of the British people, says Theresa May
Building a massive ship will definitely solve all our Brexit problems, a tw*t has suggested
Tweet