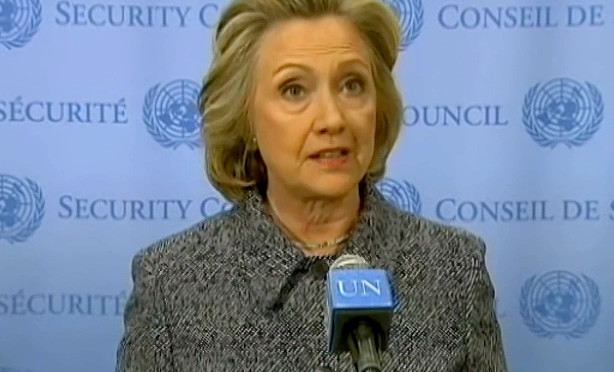 As the Democratic Party faces fresh claims of electoral fraud and vote-rigging, Democratic hopeful Hillary Clinton has spoken out about the allegations.

During an intimate interview with sympathetic CNN anchor Anderson Cooper on board her private jet, the Secretary of State was unequivocal: “There’s absolutely no merit in these allegations whatsoever”

“I was always going to win anyway, all the major corporate media networks say I will win because I tell them to say it, so rigging a caucus or primary vote here and there, technically it isn’t actual electoral fraud.

“It’s my turn to be President of the United States. I call on Bernie Sanders, who unlike me has extraordinary grass roots popular support, to withdraw from the race and gracefully wait his turn.”

When Cooper asks her about the large number of donations from corporate America, Secretary Clinton got straight to the point: “I’ve taken an extraordinary quantity of cash from Wall Street and giant corporations, and I’ve promised it won’t affect my policy decisions whatsoever.”

“People have called me a liar on this, but I’m telling the truth. Honestly, from the very beginning, my plan was always to give maximum help for the super rich and big business to rip-off the hard-working American middle-class.”

World definitely fucked now, experts confirm
US lifts anthrax ban because it's not anthrax that kills, it's the person mailing it who does
Tweet

3 thoughts on “Clinton: electoral fraud is justified because it’s ‘my turn’”