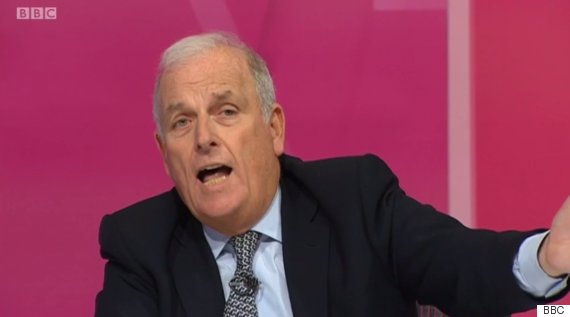 Kelvin MacKenzie has provoked widespread public anger by claiming he is the ‘biggest victim’ of the Hillsborough disaster.

When cornered by a Newscrasher reporter, MacKenzie said: “I’m the real victim of the Hillsborough disaster, and the selfishness of the families of the dead in not recognising my suffering knows no end.”

In recent days the former Sun editor has also called for a public inquiry into the victimisation of Sun journalists, some of whom have been accused of picking the pockets of Hillsborough victims and urinating on bodies.

Asked about his reasons for publishing lies about the fans caught up in the Hillborough disaster, Mr MacKenzie said: “I’m a known liar, and for decades I have profited from publishing lies so outrageous they would make even Josef Goebbels blush.”

“I never expected my extensive history of reprehensible behaviour, including some potentially illegal activity, to catch up with me, but I’d be lying if I said I was sorry.”