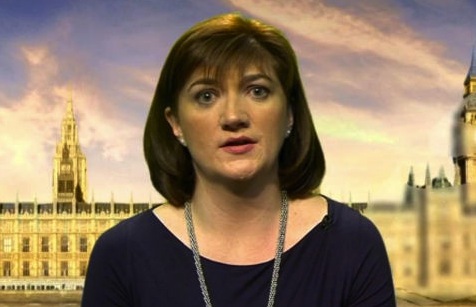 Striking school children aged 6 and 7 are ‘trying to overthrow the government’ and ‘may be terrorist sympathisers and antisemitic’, according to Secretary of State for Education Nicky Morgan.

Mrs. Morgan, who originally hailed the introduction of SAT exams for 6 and 7 year olds as “a golden opportunity to harm the education prospects of children whose parents cannot afford private schooling”, is said to be disappointed at the lack of enthusiasm for her ill-thought out policy from parents earning less than £300,000 a year.

One parent told us: “The ineptitude of this government is staggering, it’s even got 6 year olds to go on strike.”

Another concerned parent said: “Although technically illegal, I would much prefer my daughter to miss a day of school than have her sit the SAT exam. At the age of 6, it really is too early to awaken children to the excruciating reality that their entire working life will be spent slaving away in a nondescript office somewhere near Slough, for a boss who is stupendously stupid and an utter twat.”

But Mrs Morgan has hit back at critics, saying: “Parents who oppose my shambolic education policies are radicalising their children, who as a result are harbouring antisemitic and terrorist sympathies and are trying to overthrow the government.”

“I would like to remind 6 and 7 year olds up and down the country, who appear to believe they can defy me, that this Government was elected democratically and our electoral fraud was confined to just the small number of marginal seats that we needed to secure an outright majority.”

7 thoughts on “Striking 6 year olds are trying to overthrow the government and may be antisemitic, says Nicky Morgan”