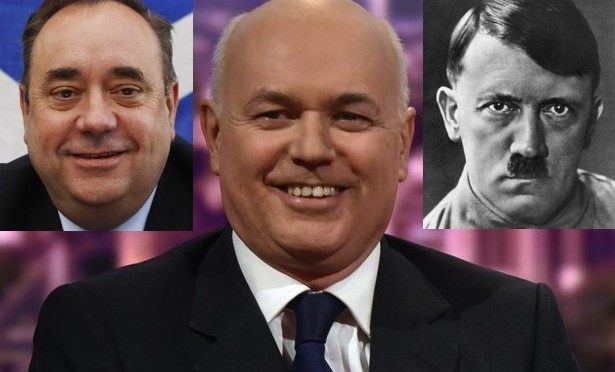 It came at the end of a debate with the Scottish National Socialist Party’s Alex Salmond on LBC Radio.

Mr Salmond accused Iain Duncan Smith of “playing people against each other” over migration, and went on to say: “During my tenure as party leader, I successfully stoked up racist feeling against a perceived external enemy, the English, so I have a lot in common with Iain Duncan Smith aside from us both being right wing nationalists.”

The former Minister for Manslaughter denied his side of the debate had effectively embraced Hitler’s migration policy.

Mr Duncan Smith said: “The reason why the government has not succeeded in this manifesto pledge is because we have an unbalanced migration system and we have been been prevented from killing more of our poor and disabled by the interfering EU.”