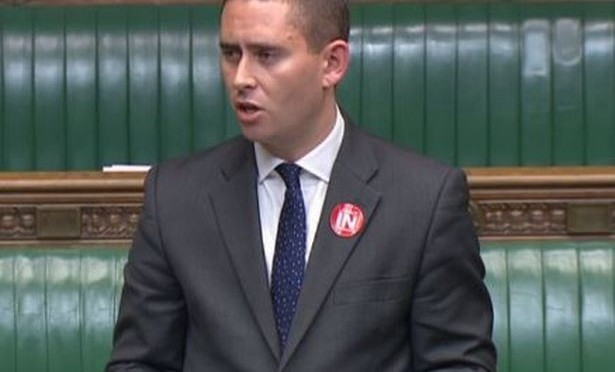 Labour MP Tom Blenkinsop has blocked everybody except himself on Twitter, it has emerged.

“In abusing people on twitter I am creating a safe space where I can feel safe by having threatened others. Only by ignoring and abusing our opponents can the right of the party win,” the Labour MP for Middlesbrough South and East Cleveland said.

Twitter users have expressed surprise and mirth at the so-called ‘Blenkinstrop’. One user said: “when I heard the name Blenkinsop I imagined he was a sh*t comedian from Britain Has Talent. It turns out he’s a Blairite MP, so I was almost right.”

Among those blocked is Harry Leslie Smith (@harryslaststand).

“A 93 year old pensioner is particularly threatening. After all, in world war two he was killing Germans and that’s a skill you can never forget,” Blenkinsop added.

However, Harry hit back by tweeting: “It’s clear you are voting for a socialist platform in the Labour Party if you were #blockedbyblenkinsop.”