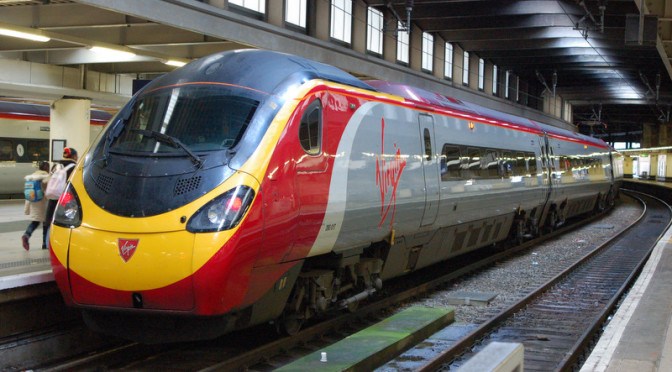 Jeremy Corbyn is an antichrist and we have the video to prove it, Virgin Trains has announced.

A spokesman for Virgin Trains said: “As the operator of a low quality national rail service, Virgin Trains prides itself on the suffering we inflict on thousands of passengers every day so that our CEO can have more money for himself.”

“Because this man poses a clear and present danger to our enormous profits, he must be stopped before he can improve the lives of the millions of Britons who now live in poverty, or who are being ripped-off daily by ‘businesses’ such as Virgin Trains.”

“As you will see, Mr Corbyn did not enter the train through the doors, but through a gateway from Hell opened by one of his special advisers who is a communist nazi and a baby-eating vampire all at the same time.”

“Once inside the carriage, the Labour Leader levitated past several members of the public from whom he proceeded to suck their souls, before sitting on the floor to defecate a bilious green sludge, from which oozed at least 8 demon larvae with razor sharp teeth which went on to devour the flesh of passengers and Virgin Trains staff.”

“We hope this highly implausible interpretation of Jeremy Corbyn’s actions on board one of our trains convinces you all to vote for Owen Smith for Labour leader and to definitely vote Conservative in the next general election.”

Noel's cancer cure could save the NHS, says Jeremy Hunt
Great repeal bill will give ministers power to choose next Labour leader
Tweet