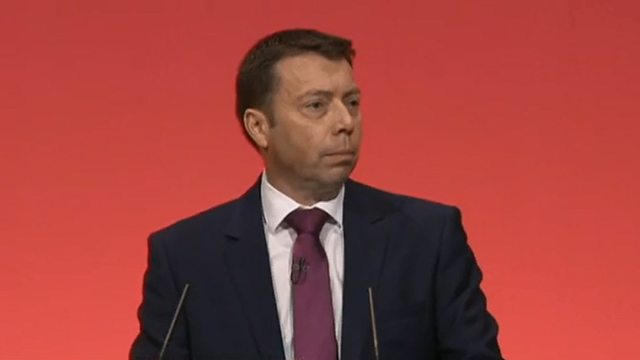 Any criticism of my righteous Stalinist purge of the Labour Party is a thought-crime and is tantamount to terrorism, Iain McNicol has announced.

The Stalinist General Secretary of the Labour Party is currently running a campaign to oppress party members suspected of supporting Jeremy Corbyn, by removing their right to vote in the leadership election.

Speaking to Newscrasher, Mr McNicol said: “In the 80s and 90s the Labour Party put in a huge amount of work turning itself into a Thatcherite party, parachuting right-wingers into safe seats and maintaining the highly electable Neil Kinnock as leader.”

“And I’m not about to let our good work be overturned by somebody like Jeremy Corbyn who doesn’t even travel first class or claim the maximum allowed expenses.”

“Labour wasn’t founded as a democratic left wing party, but as a vehicle for careerists like me to get rich. I honestly have no idea what the left leaning new members of the party think they are doing here.”

“The Stalinist way we are purging the party of suspected Corbyn supporters of is entirely legal and cannot be criticised. Those who criticise our purge are thought criminals and must be brought to justice, because their criticism is tantamount to racist abuse and terrorism.”

“And to all the new members and supporters who’ve been blocked from voting, I say this: FUCK YOU, and thanks for all the money.”

One thought on “Criticising my Stalinist purge is tantamount to terrorism, says Iain McNicol”