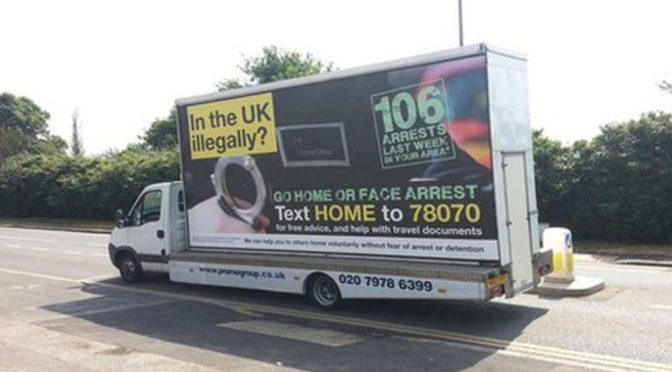 The Conservative government has introduced billboard vans telling Remain voters to ‘shut up’, it has been announced.

Brexit minister David Davis said: “In difficult times such as this it is crucial that order and social cohesion are maintained, and this is why we are trying to silence people who don’t want the UK to leave the EU.”

“Patriotic Leave voters are sick and tired of all the treasonous fact-mongering coming from Remain voters, many of whom are saying that Brexiters are utter twats for crashing the economy, or that they knew Brexit would be shit.”

The professional liar continued: “Our plan is to roll out two thousand billboard vans with the message: If you are a traitorous Remain voter, SHUT UP. Stop your reasoned arguments and highbrow fact mongering. Unless you want to spend the rest of your life in jail.”

“The vans will also be fitted with a PA system that plays a high pitched tone that induces nausea in those under the age of 40, to ensure the young are made to suffer unnecessarily according to the wishes of Theresa May.”

Brexiteers agree they have lost and will now proceed to get over it
Leave voters better at detecting 'fake news' and have higher IQ, say academics
Tweet