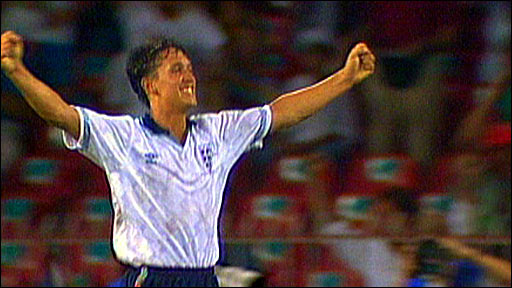 A retired football hero who scored an incredible 48 goals for England should now be vilified for not being racist enough, the far right have decided.

Leave voter Chris Bumfield from Sunderland said: “I used to think Gary Lineker was a football legend, having scored 48 goals playing for England, including ten goals in the world cup.”

“But I was saddened to learn that unlike mine, his heart isn’t full of hate for foreign children who were forced to flee their homes because of a war that my country helped to start.”

“Lineker should definitely be sacked from Match of the Day and replaced by someone really racist and right wing.”

“Somebody like Katie Hopkins would be perfect for the role. She’d probably begin the programme by claiming that drowning migrants are cockroaches and that the government should use our latest helicopter gunships against the ones who make it to Europe alive.”

The Sun newspaper has launched a campaign for Lineker and all the other BBC employees who do not hate foreigners to be immediately sacked for their unpatriotic thought-crimes.