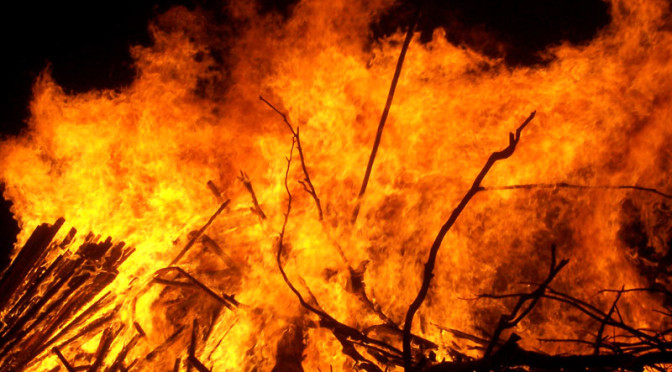 The United Kingdom Independence Party is urging all patriotic Britons to build bonfires out of books that displease the Fuhrer, it has emerged.

UKIP leadership contender mused: “The best way to protect our fascist values and win more votes is to encourage widespread ignorance among the populace.”

“Although we will soon be sending UKIP activists into infant schools and maternity units around the country to get kids brainwashed from an early age, we must also start an urgent programme to vet all books and burn those books that displease the Fuhrer.”

“Books for children which depict positive and fulfilling friendships between Britons and foreigners are particularly offensive, and will be among the first to go.”

“Today [5th of November] would be an especially good day to get started with our proposed patriotic book burnings. Therefore, I urge all unthinking Britons to immediately raid their book shelves and local libraries, and build their bonfires out of books from our list of proscribed works.”

However, UKIP party grandees have been unable to agree on whether George Orwell’s 1984 should be burned as a heretical work of anti-British treachery, or permitted for use as an instruction manual for UKIP activists.

Acting Fuhrer Nigel Farage said: “I have nothing but praise for this visionary initiative from my UKIP colleague, and I hope the country will soon be in a position to transition from burning books, to burning people.”