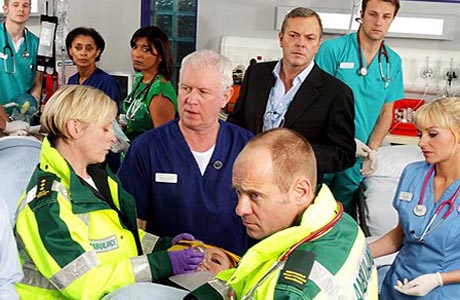 The National Health Service needs to become a lot more racist in the way it deals with its patients, government officials have announced.

It is understood that hospital staff will be required by law to demand proof of Britishness before treatment is given, with evaluations being conducted at huge expense by mercenary nurses supplied by Atos or G4S. If a valid British passport with at least 6 months before expiry cannot be provided, the patient will be asked to fill a 12 page questionnaire about the benefits of Brexit.

A senior figure from the Department of Health said: “Health tourism is an insignificant problem that has been blown out of proportion by the press, but it does offers an excellent excuse to introduce systems for identity checks and patient charging into our hospitals.”

“To avoid alerting the general populace to our intentions, initially only ‘bad’ foreigners will face a charges NHS treatment. However, once Jeremy Hunt’s dastardly plan to defund the NHS has taken its toll, we think the public will accept the introduction of a ‘sickness penalty tax’, to be levied on everyone who needs NHS treatment and whose earnings are below the widely accepted scrounger/striver threshold of £100,000 a year.”

“Our objective is to make the NHS a lot fairer to rich people who resent that a small fraction of the tax they pay goes to fund socialised healthcare provision for people who are less wealthy than they are.”

Medical professionals are not impressed, however. One NHS doctor told Newscrasher: “Jeremy Hunt is living proof that the human body can survive for extended periods without a brain. I’m actually preparing an article for publication in The Lancet about this.”

One thought on “NHS needs to be much more racist, government officials confirm”