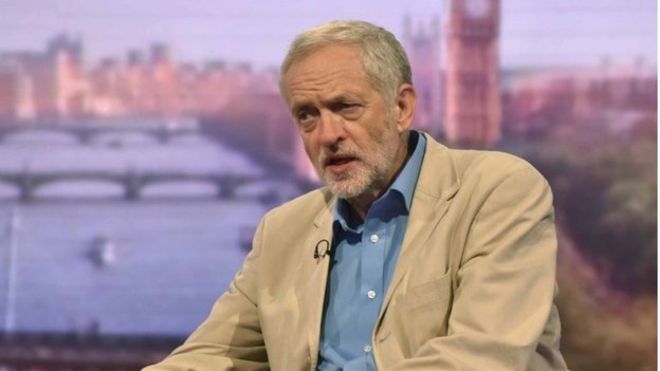 Jeremy Corbyn is being urged to make  greater use of foul language in order to boost his popularity, it has emerged.

New Labour grandees have advised Jeremy Corbyn to call Theresa May “a cunt” at least once in every Prime Ministers Questions, in an attempt to be a more populist leader.

Jeremy is often seen as weak and ineffectual despite winning two leadership contests in a row with a record number of votes. Labour focus groups have indicated if he was nastier he would become more popular.

The decision comes following the airing last week of a video on Youtube which showed Theresa May trampling a baby to death in her Jimmy Choos whilst shouting “I hate poor people”. In the aftermath a Yougov poll found her popularity had risen more than seven points.

It is understood that Mr Corbyn has also been advised to carry out a sex act with a dead animal, but has refused citing his vegetarianism.

A former New Labour minister told Newscrasher: “We spoke to Jeremy about making himself more accessible through pranks and japes, but sadly he ruled out fucking a pigs head. The good news is that he is up for a large marrow and has already selected an organic prize winning specimen from his allotment.”

“He was particularly excited about the fact it would be one he’d grown himself to the most exacting organic standards in his allotment, and remarked that it wouldn’t feel any different to how we treat him normally anyway.”

News of a possible change of leadership style has been welcomed by many Conservatives, including Boris Johnson: “For years I have been an utter bastard and the public have loved me for it. If Jeremy takes the advice of the Blairites and starts acting like a Tory, we may then get some real opposition at last.”