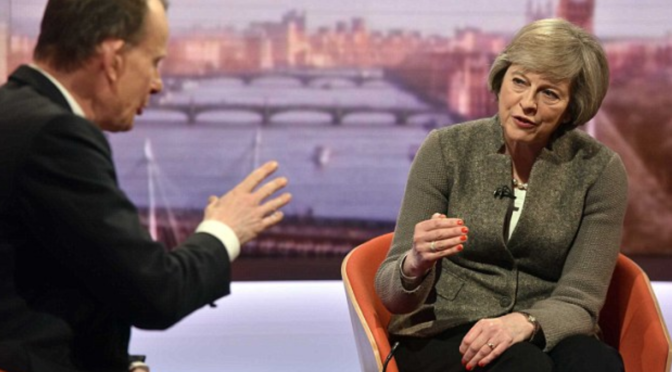 Theresa May has sensationally lost her temper at the repeated questions from journalists about the perilous state of the National Health Service, it has emerged.

And in an unprecedented rant she suggested that the Tory party had more important things to worry about than poor people’s health: “Oh will you just shut up about the bloody NHS for two minutes.”

“If you’re that bothered about being cured, then you should bloody well pay for treatment like any self-respecting Tory. We’ve got Brexit to worry about, and I need to focus on getting the best deal for Tory party donors, not curing cancer in people who earn under £200,000 a year.”

The PM then went on to blame the crisis on doctors not working enough hours, stating: “Why are you pestering me about it anyway? I’m not a doctor. Go and pester those overpaid, under-worked do-gooders.”

“Now if you will excuse me, I have a photoshoot with Vogue Magazine to go to, because I’m such a fashion icon.”

I can lead because I can lead, Angela Eagle insists
The Sun launches campaign for BBC to sack everyone who isn't a heartless bastard
Tweet