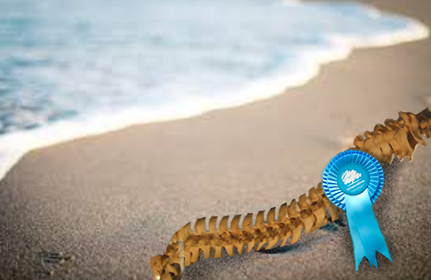 Spineless Boris Johnson reacted meekly earlier to news that his long lost backbone has been found washed up on a French beach.

Johnson, whose spine had been missing since the EU referendum, hinted that a reunion with his backbone was unlikely before any Tory leadership contest.

“What kind of cowardly opportunist would I be if I were to suddenly find my backbone and take responsibility for my actions?”

Johnson continued “I’ll just wait for a safer time to launch a leadership bid, long after the Brexit negotiations have gone tits up.”

At least for now, the spine will remain detached from it’s lily-livered owner. And while it remains uncertain what the long-term future holds for it, sources close to the spine have hinted that Johnson may never be in possession of a backbone ever again.

Cameron to become ‘PM for life’
Britain votes to set itself on fire, then changes its mind
Tweet