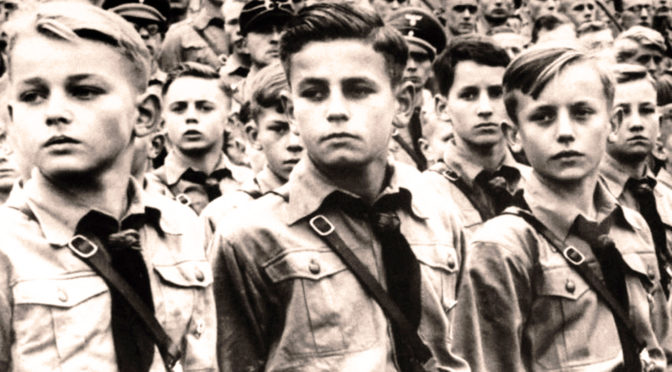 The Young Conservatives are to get a new uniform fit for Brexit Britain, it has been announced.

“The Hitler Youth had a really spiffing uniform and was very successful at mobilising young people in the righteous and Christian cause of hatred, so that is what we’ve modeled our new uniform on.”

The former Minister for Manslaughter continued: “By relaunching Young Conservatives as an exciting militaristic organisation, we hope to teach young people to embrace greed and hate the poor, the disabled and foreigners.”

“As Conservatives, it is important that we continue to promote Tory values. Like the Scouts, our members will be awarded badges for successfully completing Conservative activities, such as hounding disabled benefit claimants to death, successfully getting away with white collar crimes like as expense fraud, or laying waste to the entire British economy for personal financial gain.”

“Our camping trips will teach important survival skills, especially how to convince a gullible public that we Tories are the party of the working class, or how blame immigration for your own policy failures.”

“Sleeping in our two-man tents, will also allow older, married members of the Conservative Party to form lifelong relationships with unsuspecting young people.”

Electoral fraud made necessary by anti-Tory bias of public, says David Cameron
Brexiter fantasizing about civil war somehow thinks the young will do the fighting
Tweet