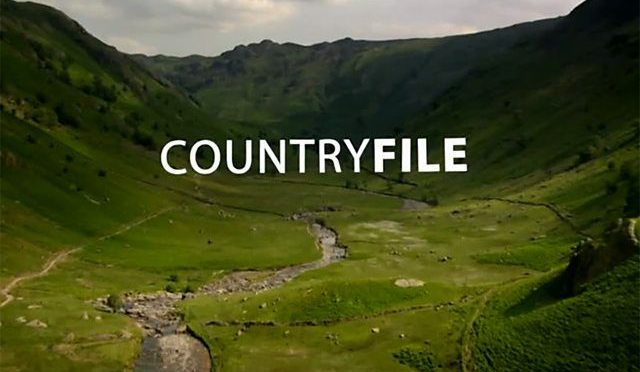 By Johnny Zenith and Jeff Sanchez

BBC’s Countryfile programme has been accused of blatant, rabid and sick pro-remain bias, it has been reported.

Numerous viewers phoned in to complain that this week’s programme looked at the challenges British agriculture is expected to face after the country leaves the EU, instead of focusing on a white, former commonwealth country like New Zealand.

Writing on the BBC’s website, viewer Peter Hamface of Wart-On-Wirral, said: “It’s disgusting. I’m so blinded by Anti-EU rhetoric that the moment Countryfile didn’t promote the great virtues of Brexit I put my foot through the television screen. I will be billing the BBC for another one, of course”.

Angry from Brexiton, Devon, commented: “Appalled by the blatant attempts to brainwash the over 90s into changing their minds over Brexit. We didn’t need to know any of the facts to know what we were voting for, and we don’t want any of your tricky facts now, thank you very much, because they might change our minds.”

And on social media, one user wrote: “When I tune in to Cuntryfile I don’t want to see nothing on about furrinners not wanting to pick froot in our lubberly fields GO Go home STOP Mooaning YErr LUCKY TO BE HERE AFTER WE saved you WW2 you’d speak German.”

As the furore grows, the Prime Mnister has ordered an immediate inquiry into pro-remain bias on Countryfile, telling Parliament: “The BBC are meant to support the aims of this Government as we carry out the will of the people. This means each and every programme, from Question Time to Teletubbies, must make the strongest possible case not only for Tory rule, but also for a hard Brexit.”

“I am very clear the Countryfile team have shown a disappointing lack of commitment to my strong and stable cause, and that is why I have ordered an urgent inquiry into how the right wing media can be used to smear the traitors responsible, and how we might also blame Jeremy Corbyn for the entirely predictable collapse of British agriculture.”

Jeremy Hunt 'living proof' body can survive with no brain, doctors say
Democracy canceled from 2018 onward because Theresa May might lose
Tweet