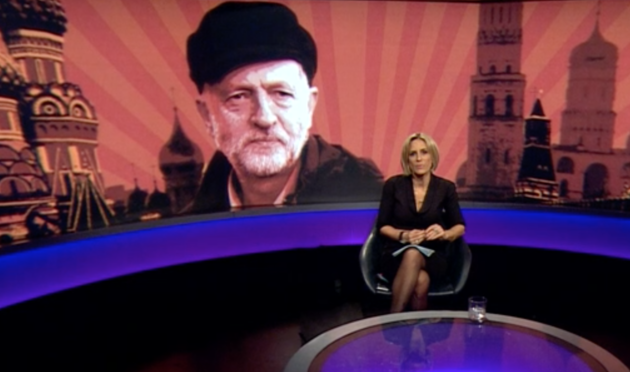 Faked imagery of Jeremy Corbyn was done in MS Paint and not Photoshop, the BBC has claimed.

The BBC’s Laura Kuenssberg said: “As the state broadcaster, the BBC has a moral and legal obligation to hold the opposition to account, and to defend the elected patriotic government from left-wing attempts to seize power via the ballot box.”

“We have been accused of using Photoshop to create a fake image of Jeremy Corbyn wearing a Bolshevic hat in front of the Kremlin, to create a visual lie suggesting that he is a traitor and a Russian stooge.”

“However, the accusation against us is completely untrue. In actual fact, we used MS Paint to make the fake image, not Photoshop as a number of anti-British traitors have suggested.”

Kuenssberg added: “Because the accusation of photoshopping is untrue, Jeremy Corbyn should now immediately resign and let the Blairites take Labour back to the good old days of waving through Tory austerity.”

“Even if we had used Photoshop instead of MS Paint, Jeremy Corbyn should still have to resign because of his dangerous humanist ideals, such as making the super rich pay tax and making sure the little people get decent healthcare and public services.”