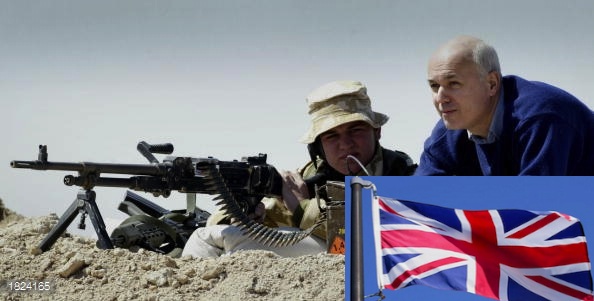 Senior Tories will lead British troops in the upcoming war with Russia, it has been announced.

Speaking to the Sun, former Tory leader Iain Duncan Smith said: “In an attempt to distract the public from the omnishambles that is Brexit, a jolly good war is going to be necessary, and soon.”

“As a retired military officer who reached the rank of Major Twat, I am well placed to lead our boys into battle in this glorious new war.”

“However, it is important that as much of the glory and medals as possible go to Conservative politicians, and for this reason I have assembled an elite group of hard-line MPs who will parachute in with the first wave to make sure the opening stages of the war go according to plan.”

“Of course, there is no actual plan, but I am confident we will come up with one at some point in time after hostilities begin.”

“Armed with top secret weapons code-named AUSTERITY and UNIVERSAL CREDIT, my crack team of hard-right headbangers will bring death and misery to the poor and the vulnerable in the newly occupied territories of our new Eastern Empire.”

“When not killing the enemy, I will patrol the battlefield issuing cruel sanctions to the wounded, and declaring the dead fit for work.”

A spokesman for the Russian Ministry of Defence commented: “We do not  understand why the British government is talking about going to war with Russia. Were the large bribes we paid to various British politicians not high enough?”