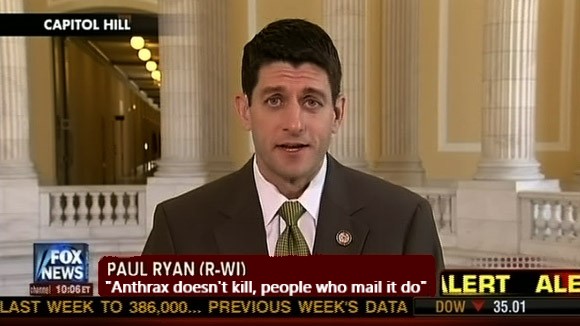 The United States Congress has voted to lift the ban on possession of anthrax, which is also known as the bacterium Bacillus Anthracis, it has been confirmed today.

Speaking on Fox News, House Speaker Paul Ryan said: “Anthrax doesn’t kill, the person who mails it does. And that is why we have voted to lift the unconstitutional ban on Anthrax, safeguarding American liberty so that ordinary citizens can once again take their own decisions about how they choose to defend their homes and schools using this deadly bacterium.”

“By arming every citizen with anthrax, including teachers and homeless war veterans, communities all across America will become so much safer, because all future anthrax attacks will be prevented by the presence of a good guy with anthrax.”

President Trump openly supported the lifting of the ban, publishing a tweet in support of the move: “Nothing is more American than being able to choose how to end another person’s life using a deadly weapon or bacterium.”