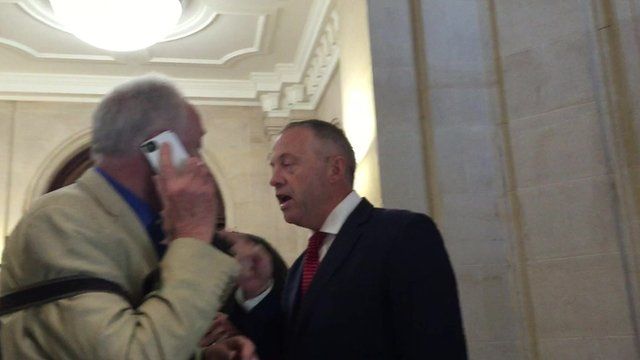 Internal party bickering is more important than fighting the Tories, the Blairite faction of the Labour Party has announced.

Writing in the Sun, Labour MP John Mann argued: “Although we have failed several times to overthrow the elected leader of the labour Party, those of us who oppose Jeremy Corbyn owe it to the poorest and most vulnerable to keep on trying.”

“With the local elections fast approaching, and Labour set to do very well this time around, we have decided to launch a renewed smear campaign against Corbyn and the left of the party, with the aim of diverting attention away from the evil shit the Tories are doing to this country, and making the Labour Party look as unattractive as possible to the electorate.”

“With austerity biting hard and ever more children facing poverty and other extreme hardships, now more than ever does our right-leaning faction of the Labour Party need to ally itself with the Tories, to ensure a sinister humanist and moderate left winger like Jeremy Corbyn cannot seize power via the ballot box.”

A spokesperson for the Prime Minister said. “We welcome the renewed smear campaign against Jeremy Corbyn, because it takes the heat off the Government at a very awkward time, with revelations having just emerged about cheating during the Brexit referendum, and my party’s possible use of entities like Cambridge Analytica to win elections.”

“Ordinarly, revelations of this kind would invalidate our mandate to govern or to leave the EU, but because the media’s attention has been turned on Labour and the anti-semitism witch-hunt, it looks like we’ll get away with our blatant electoral fraud yet again.”