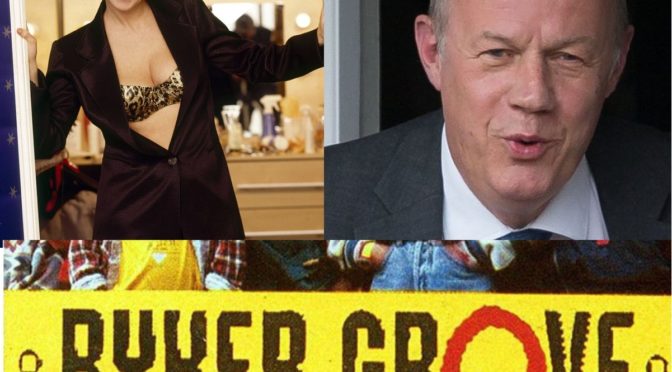 The hit youth TV series Byker Grove is to be “rebooted” for Brexit Britain, and will warn children off socialism and medicinal cannabis, the BBC has announced.

The Culture Secretary, Matthew Hancock, told reporters: “The original Byker Grove television series taught British children about a variety of issues that were relevant in the late 80s and 90s, like joyriding, drugs, and the importance of wearing protective goggles while playing paintball.”

“It’s now time to reboot the ground-breaking series in a way that will help the Government maintain order, and keep the little people in their rightful place at the bottom of society, being stamped to death by a Tory jackboot.”

“With support for Brexit falling and the ongoing Tory Omnishambles led by Theresa May, it is important to reconnect with children and warn them about satanic ideas like socialism, medicinal cannabis or having compassion for people who are sick or disabled.”

“The idea is to create a generation of far-right automatons who will grow up to vote Conservative regardless of how much we punish them and destroy their lives.”

“The all-star cast includes Damian Green MP, who will play masturbation-mad youth leader Geoff Keegan, and there will be at least one cameo appearance by Esther McVey, who is very keen to teach children how to discriminate against the sick and disabled from an early age.”

“In the first episode, viewers will see the youth club reopening with a number of changes appropriate for 2018 being made. The opening scene revolves around Esther McVey using a jackhammer to destroy a wheelchair access ramp, telling onlookers that she’s already cured all the disabled people in the country.”

“Iain Duncan Smith also makes a guest appearance to hang a ‘work sets you free’ sign over the entrance. Later, he talks to the youth leader about how best to separate new arrivals to the club, where to site the ovens, and the readiness of the rail network to transport large numbers of people to DWP camps.”

“Some details are yet to be decided, but the season finale will conclude with Esther McVey boasting about how many benefit claimants have died after her department stopped their benefits, while Damian Green masturbates progressively more furiously under his desk, eventually climaxing and firing a jet of reproductive mucus onto McVey’s blouse.”