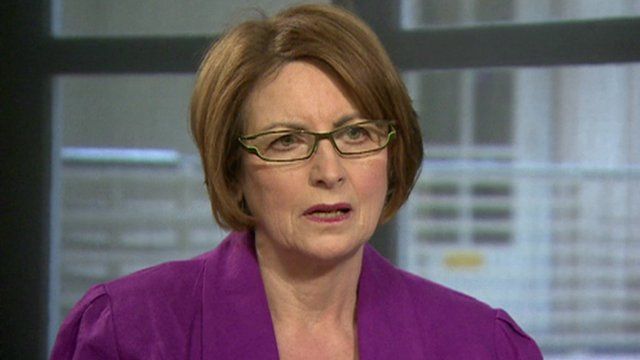 Louise Ellman has been demanding her own immediate resignation after it emerged she attended a meeting she has dubbed “anti-Semitic”.

Speaking to the BBC, the Labour MP said: “I helped to organise, and attended in full, an event where a Jewish Holocaust surivivor compared his experience of being persecuted by the Nazis to the way the government of Israel treats Palestinians.”

“I have already said that Jeremy Corbyn is anti-Semitic for attending this event for ten minutes, before leaving immediately after his welcome speech and before the first speaker.”

“By the same logic, I must be even more anti-Semitic due to the fact that I attended the event in full and didn’t even complain to the police when Hitler salutes were thrown.”

“To be more specific, I called the demonstrators who disrupted the event ‘zionist’. This was clearly anti-semitic.”

“I compared the behaviour of the Israelis to the Nazis, and this too is anti-semitic.”

“In addition, I wrote about how it was arrogant to see ‘Jewish suffering as unparallelled and beyond telling’. This too was anti-semitic.”

“Finally, I called those heckling Holocaust survivor Dr Meyer ‘sickening’, and this was also highly anti-semitic.”

“For this reason, I now call on myself to immediately resign as Labour MP for Liverpool Riverside.”

Louise Ellman has refused to comment on her demands that she resign.