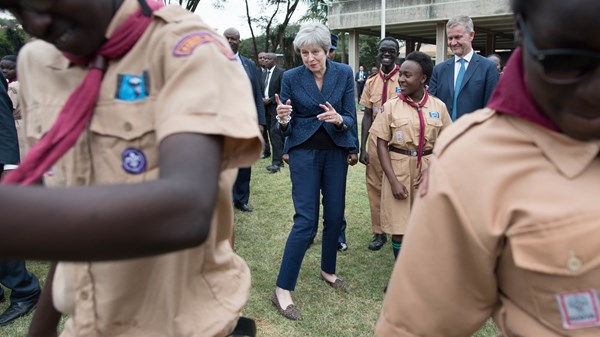 Theresa May “dropped an E” before her African “rave” dancing, it has been announced.

A spokesperson for the Prime Minister said: “Theresa May is passionate about generating new trade opportunities, and she is pleased to announce a new agreement with several African countries regarding the export of large quantities of high quality pharmaceutical products.”

“In order to demonstrate the very high quality of British Ecstasy to African delegates, the Prime Minister dropped an E and demonstrated a number of advanced British dance moves while under the drug’s influence.”

“The trade delegates were extremely impressed that the drug was able to turn a somebody as boring and wooden as the PM into an uninhibited raver, and several large bags of Ecstasy were ordered from an enterprise connected to Philip May.”

However, insiders have claimed the Prime Minister spent the subsequent 4 hours thinking she had a deep connection to everyone present, only to find out she and nobody else give a shit about each other the next day.