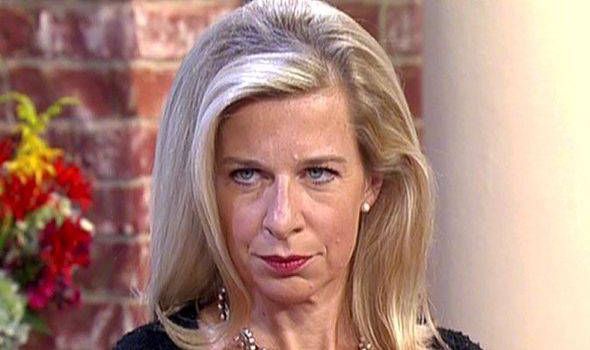 Infamous far-right nobody Katie Hopkins has been struck off the organ donor register after routine tests revealed she lacks either a heart or a brain, it has been reported.

Speaking to the Sun, a tearful Hopkins said: “Having gone bankrupt as a result of my own stupidity, all I have left to monetise is my body. But when I tried to sell it on the open market, there were surprisingly few takers, so I decided to mortgage a number of my own organs, including my heart and my brain.”

“You can imagine my horror when the doctors told me that my MRI scans had come back negative for either a heart or a brain. The doctors still can’t explain what causes ‘Heartless Brainless Bitch Syndrome’ or how I have managed to survive without those vital organs, but they are sure I’ve had this rare condition for my entire career as a far-right hate preacher.”

However, the far-right pin-up remains defiant: “I won’t let this set-back affect my career, and I am confident that I can continue to support my family financially through a combination of hate-preaching and agitation for Nazi rule in Britain.”

“I call on Chuka Umunna to call off his alt-centrist Twitter attack dogs, some of whom have cruelly called for me to be lobotomised in the past. Their nasty little memes just look so cruel now that I have been revealed to have no actual brain whatsoever.”

“Forget Jeremy Corbyn, it’s the alt-centrists who are the new Hitlers with their complete absence of ideals and their utter lack of desire to change society. The only way to deliver us from the alt-centrist menace is to vote in a Prime Minister who is so similar to Adolf Hitler that the media can then portray him as the new Nelson Mandela as he or she forces through a Nazi Brexit.”