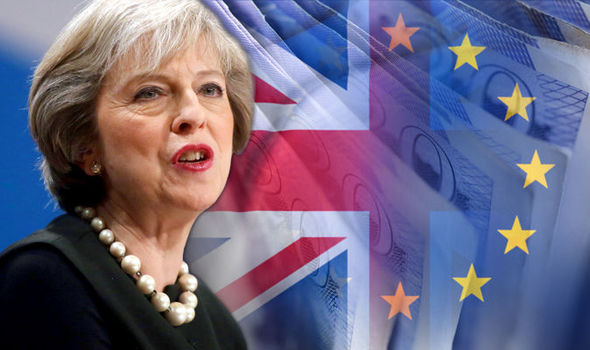 I will secure a Brexit deal that works best for my political survival, Theresa May has pledged today.

Speaking to Andrew Marr, the Prime Minister said: “I am very clear that I am working tirelessly to reach a Brexit deal that will allow me to stay in power, with all the financial benefits this entails for me and my husband who is very rich.”

“I am optimistic that a deal will soon be reached between the different factions of the Conservative Party, which will allow the UK to leave the EU in a hard Brexit while still retaining our full membership of the EU and having Norway and Canada Plus Plus arrangements at the same time.”

“David Cameron called the referendum to heal divisions in the Conservative Party, and I now urge my Tory colleagues to come together in harmony to fight for our common purpose, stamping down on the most vulnerable in society, instead of fighting each other.”

The BBC’s Laura Kuenssberg immediately took to Twitter to praise the Prime Minister’s approach to Brexit in a series of tweets: “Brilliant words from our caring and benevolent Dear Leader today. It’s clear the people love her and want her to stay on as PM for life.”

Kuenssberg’s tweet was followed up by “Conservatives now well ahead in polls thanks to genius May’s string of victories over the EUSSR. Violent momentum conspiracy theorists claim  media bias is real cause, but my research shows it’s because Corbyn is a sick vampire antichrist.”

Popularity boost for Corbyn after an international war criminal says something about him
11 World leaders react to Boris. Number 4 is so true!
Tweet