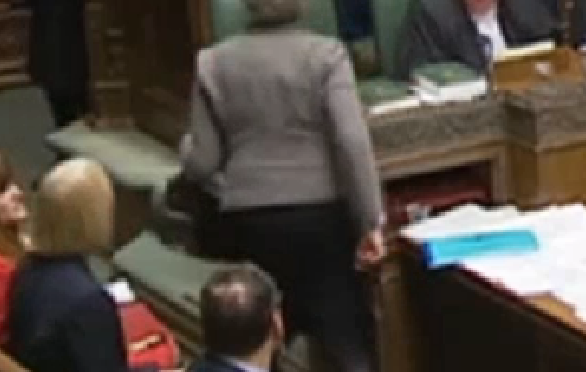 The real reason Theresa May fled the House of Commons is that she urgently needed a massive dump, not because Jeremy Corbyn tabled a vote of no confidence, a spokesman has claimed.

The Spokesman said: “Theresa May is strong and stable and supremely confident of winning any vote, except for ones she might lose, in which case they will simply be canceled.”

“The real reason the Prime Minister fled from the House of Commons in the aftermath of a vote of no confidence being tabled is that she desperately needed to take a massive dump and was unable to hold it in any longer.”

“The PM has authorized me to reveal that she had in fact been touching cloth for almost ninety minutes, and was forced to act to avoid seriously soiling herself.”

“Rumours that our strong and stable leader ran off rather than face the music are entirely untrue.”

Paul Nuttall vows to follow in Farage's footsteps by repeatedly failing to get elected
F*ck you peasants, says Theresa May
Tweet