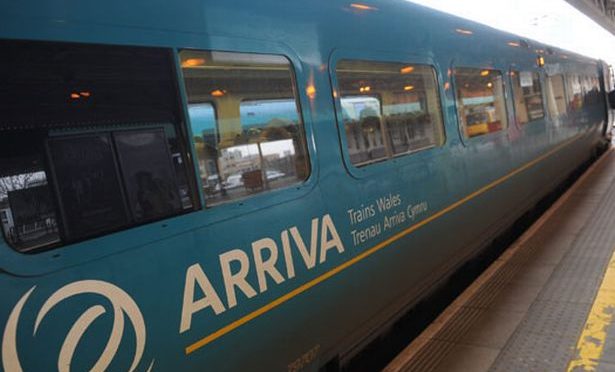 Arriva Trains is to charge ten per cent on the return of lost children, to prevent them being sold into slavery, according to their updated terms and conditions.

“In order to cover our costs and provide value for money for our shareholders, children who become lost on one of our trains will be sold into slavery on the open market. This is in line with other rail operators, particularly those operating between 1939 and 1945 in Germany, Austria, and a number of German-occupied territories prior to their liberation by violent anti-fascist thugs in 1945.”

“Listening to customer feedback, we have now added a provision that the child’s parents will be able to buy back their child at a price that is ten percent above the market price. This additional ten per cent is to cover costs and protect shareholder dividends.”

“Drunks who fall asleep on an Arriva train and end up at the depot will have a kidney removed and sold before they are released back into society.”

Transport Secretary Chris Grayling praised Arriva trains in no uncertain terms: “The criminal extortion racket known as Arriva Trains is just the kind of innovative business the Government hoped would flourish when we sold off the railways and gave the proceeds to people who were already quite wealthy.”

“To reward its incredible success, the Department of Transport will be giving additional public funds so Arriva can continue to extort money from taxpayers whose poor lifestyle choices mean they cannot afford to commute in a chauffeur driven Bentley.”

“I particularly welcome the diversification of Arriva Trains into the human organ trade, as it coincides with the Government’s measures to liberalise the human organ market, which will soon allow the poor or homeless to resolve temporary cashflow problems by selling a kidney or any other organ.”

However, Grayling suggested Arriva and other train companies still need to do more if they are to meet the Government’s Brexit Solution Homeland Infrastructure Targets (BrexSHIT): “I still have concerns that too many rail operators are still unprepared for the mass transportation of EU nationals, political dissidents and the disabled to G4S holiday camps, where they will temporarily reside while the Cabinet decides how best to put them to work or dispose of them.”