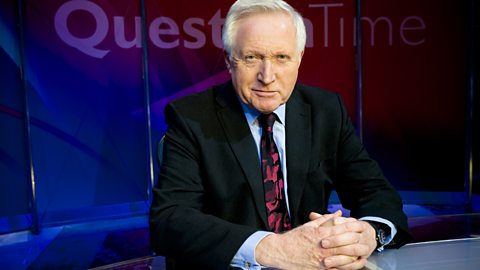 By the BBC’s David Dumbleby

Over the past few months, there have been numerous complaints about the very clear right-wing, pro-Brexit bias that I inject into the BBC’s flagship political debate programme Question Time. It is now time for me to answer my anti-Britain accusers who are antisemitic Trotskyites and who are treasonously trying to overthrow the government via the ballot box.

People have asked me why our studio audience always seems to be packed full of right wingers and Brexit supporters. The answer lies in the fact that the BBC is obliged to ensure a balance between the different parties and views that prevail in the country. The government are widely hated by the public and are deliberately crashing the economy for their own personal advancement, and the BBC has a legal duty to strongly over-emphasize the other side of the debate by inviting hard right or bigoted panelists, and by inviting UKIP and EDL supporters to join the audience.

In addition, I am careful to allow right wingers and bigots to speak uninterrupted, while always interrupting and bullying left winger and those who are interested in improving the lives of ordinary people.

Although Question Time is currently highly biased, over time this bias will be transmitted to the general population and become ‘normal’, so that eventually most of the public will be far-right, neo-liberal fanatics who hate the very idea of the welfare state and socialised healthcare almost as much as they hate foreigners and the poor.

My hope is that in the long term, the ordinary people never actually wake up to the fact that the rich ruling elite are responsible for their fall in living standards, instead of the foreigners and people on benefits that the right currently tell them to blame.

But the challenge for the coming decades of rule by our glorious dictator Theresa May will be to find new scapegoats to wrongly blame once the foreigners have all been deported, and once the poor and sick are all dead.