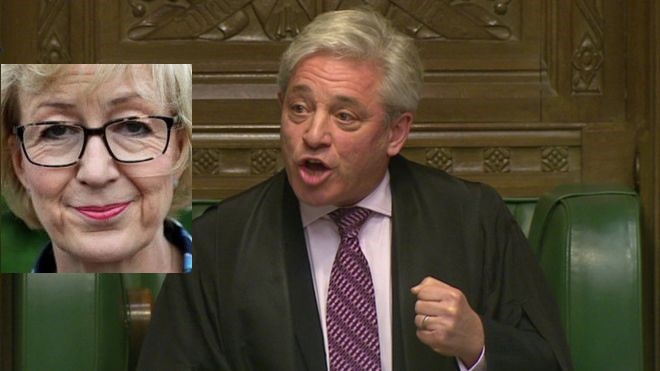 John Bercow has come under fire after saying that someone who is actually stupid is stupid, it has been reported.

The Speaker of the House of Commons is alleged to have called Andrea Leadsom a “stupid woman” and “fucking useless”, both of which are demonstrably true.

Cabinet member Leadsom has made a number of visionary proposals, such as getting young people to take up fruit picking jobs, and making tea, biscuits and jam central to British trade plans after Brexit.

Speaking to the Sun, Leadsom said: “I am outraged that the Speaker, who is not a Brexiter and regularly thwarts the will of the people, has outed me as a stupid woman who is fucking useless.”

“I should have been allowed to come out as stupid and fucking useless in my own time, when I felt the time was right, not in the midst of a Parliamentary debate where we were trying to turn Britain into a fascist dictatorship.”

“I mean, I have a lot of respect for John but he needs to understand that the people voted for whatever it is morons like me decide to do with the Brexit mandate, even if it means turning Britain into a post-apocalyptic wasteland.”