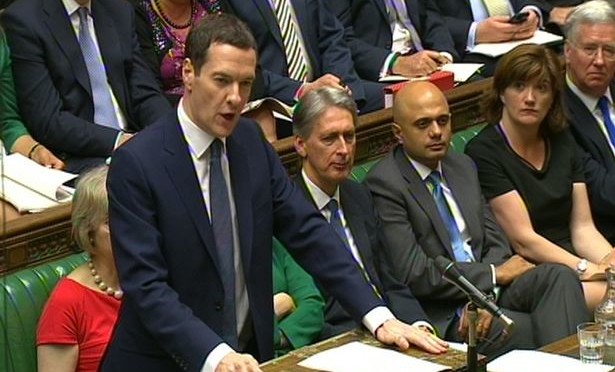 The savings from George Osborne’s proposed £30 a week cut to disability benefits is exactly equal to the proposed increase in the Cabinet’s drug and prostitution budget, the Institute for Taxation and Expenditure Studies (ITES) has found.

It has long been an open secret that a minority of MPs sometimes partake in the use of illegal drugs and prostitution, but its explicit inclusion in the 2016 budget will be seen by many observers as a tacit acknowledgement of that fact.

The BBC’s Laura Kuenssberg has called the move “a political master-stroke by the greatest UK Chancellor of all time” and a sign of Osborne’s “commitment to transparency and liberal ideals, akin to the abolition of slavery.”

Former Deputy Prime Minister Nick Clegg said: “After I stabbed Liberal Democrat voters in the back and took our party into the Conservative-led Coalition government in 2010, I was utterly horrified to see that recreational drugs and prostitution were rife during our Cabinet meetings.”

“However, I didn’t bother to speak out about this or any of the other evil shit the Tories did. Well, not until the Tories were safely installed in government with a majority, and my party’s electoral chances were left in ruins.”

Despite continued speculation in some sections of the media over the details, the quantity and type of prostitutes and illicit drugs are not stated in the Budget documentation, nor are the names of those who would participate.

A government spokesman declined to comment directly on the claims, but told Newscrasher: “Sometimes it is necessary to include contingency expenses in the budget to pay potential expenses that may end up being necessary for the smooth running of government.” 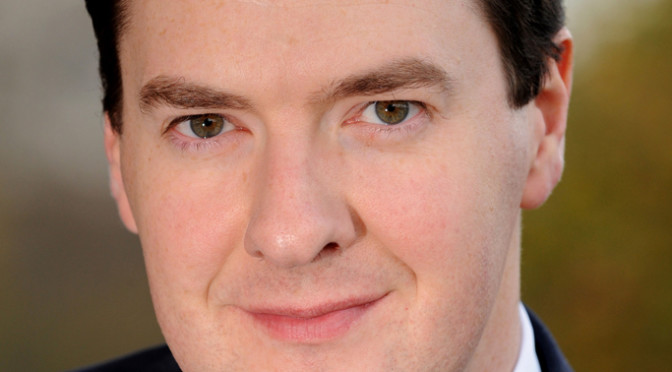 George Osborne has today completed a total of 27 cuts in just 27 days.

The Chancellor ended his exertions under a statue of Rhodes in Oxford. “It was very, very tough. The 27 cuts were intended to reflect the 27 years Mr Mandela spent in jail before becoming South Africa’s worst president.”

Over the course of the 27 cuts he battled eating too much caviar, complaining about a noisy Top Gear Episode being filmed outside, and a desire to laugh at disabled people.

He was also forced to avoid a scheduled cut on the fifth day of the challenge, which meant he had to make two cuts on the final day.

“It’s the hardest thing I’ve ever done,” said a very tired Osborne. “Thank you to everyone who voted Tory, and don’t do this at home.”

Jim Davidson, Rebekkah Brooks and Mike Reid are among those who tweeted their congratulations. 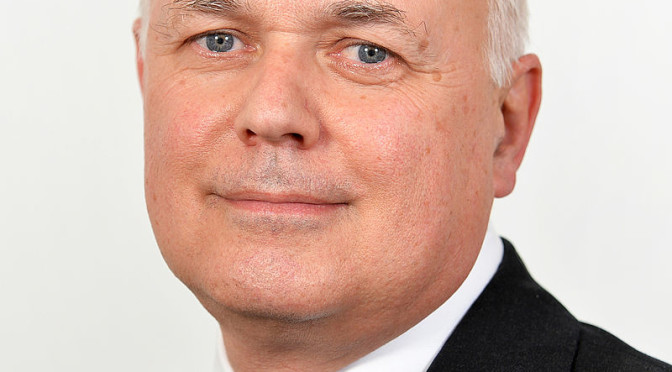 Secretary of State for Work and Pensions has today claimed that 75% of people who’ve suffered benefit sanctions thanked him personally for “helping them focus and get on.”

Mr Duncan Smith said: “One man came up me who said he’d been in a wheelchair. He hadn’t had use of his legs since 1998, but when DWP staff tricked him into losing his benefits, this helped him focus and he told me how he’d subsequently adopted a Bruce Lee style training plan that enabled him to grow his legs back again.”

“Now he not only walks, but is a black belt at Karate.”

“Every day I am humbled,” added Duncan Smith, “at the love and affection given to me by the disabled. Some even ask me for their autograph and there’s nothing more moving than posing for a selfie with a formerly disabled person who grew their legs back and can now stand up. It’s all thanks to me!“

Chancellor George Osborne has today warned that more of the poor and disabled may need to die, due to new and unnecessary spending cuts in the upcoming budget.

He said in the exclusive interview with Kuenssberg, a political ally of the Conservative Party: “We may need to undertake further reductions in the number of people on benefits because this country can only afford what it can afford and we’ll address that in the Budget because I’m absolutely clear we’ve got to root our country in the principle that we live within our means and that we have economic security.”

He went on to say the “whole purpose of our economic plan was to accelerate our redistribution of wealth from the poor, disabled and vulnerable to the retirees and the wealthy, to whom this country owes so much.”

He added: “All welfare and a decent education does is produce Labour voters. Because of this we are committed to plunging poor families into abject poverty and to destroying their educational chances, as this will make Great Britain Great Great Britain again.”

The Taxpayers’ Alliance campaign group has welcomed the plans. 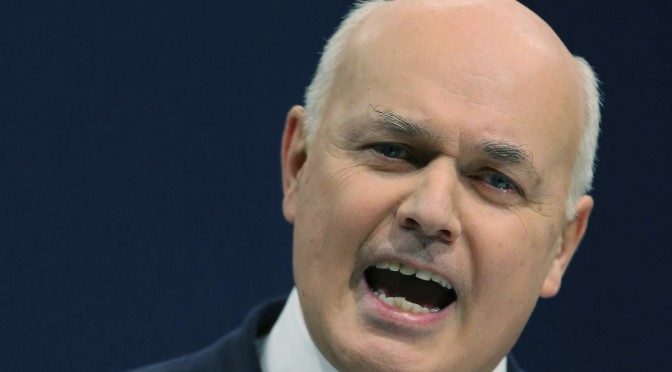 Few would disagree that Secretary of State for Work and Pensions has introduced a number of policies that have been detrimental to those who are disabled, sick, or unemployed.

Some have even gone as far as to argue that a number of his policies are an abuse of human rights, with new evidence suggesting tens of thousands of premature deaths have been the result of these policies.

Should Iain Duncan Smith face investigation and possibly even prosecution for what he’s doing? You decide.

Please feel free to leave a comment below after casting your vote.

Citing concerns over reports that people who are out of work, disabled, or opposed to the UK’s intervention in Syria may be obtaining treatment on the NHS, the prime minister and Hilary Benn today gave impassioned speeches about Britishness and war.

A spokesman for the prime minister said: “The NHS is supported by terrorist sympathiser Jeremy Corbyn, and as such endangers national security. In order to keep hard working  Britons safe from terrorism, the NHS urgently needs to be dismantled and sold off to David’s mates in the private health industry, who can then provide healthcare to those who are willing to work hard to pay into an exorbitant healthcare plan.”

Laura Kuenssberg, the Political Editor of Conservative News, tweeted: “Corbyn looking weak on security and out of touch on NHS dismantling.” 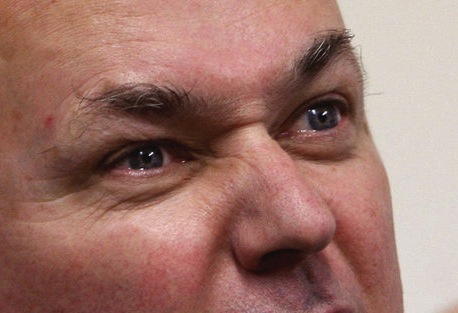