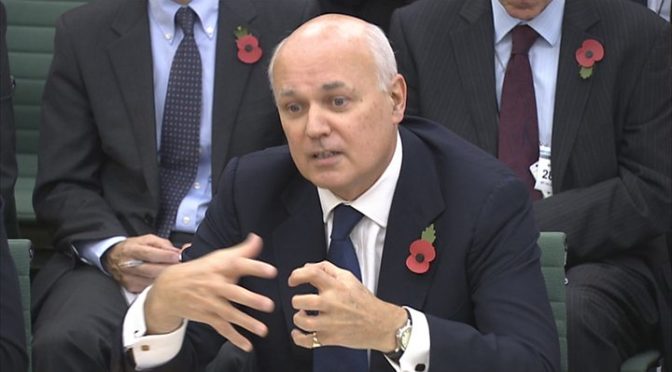 Iain Duncan Smith has ‘way more blood’ on his hands, the former minister has claimed.

Speaking to the BBC, Mr Duncan Smith said: “Everybody’s making a big deal about the fact that the DUP are associated with loyalist paramilitaries who have killed numerous people in Northern Ireland, but the number of deaths involved pales in comparison to the number of deaths that took place during my bloodthirsty reign at the Department of Work and Pensions.”

“Not only have I got way more blood on my hands, but my methods were far more intelligent and sophisticated than anything those paramilitary groups would have used.”

“It would have been so easy for me to simply kneecap benefit claimants who arrive late at their Jobcentre, but I chose a far more elegant solution where benefits are cut off for a period of months, plunging my victim into poverty, followed by starvation and eventually death.”

“Like Adolf Hitler, I created bureaucratic manslaughter machine able to brutalise the poorest and most vulnerable, while giving perpetrators at all levels a degree of plausible deniability.”

“Why is plausible deniability important, you may ask. Fast forward ten years to my trial at the Hague, and I’ll probably get off by pretending that genuinely I had no idea that cutting off somebody’s benefits would lead to their death by starvation. There’s simply no way I could have predicted the outcome of my cruel policies.”

“Can we please stop pretending the DUP are somehow the most evil political group in Britain, when people like me or Theresa May have been running a far more brutal regime of death across Britain for years now.” 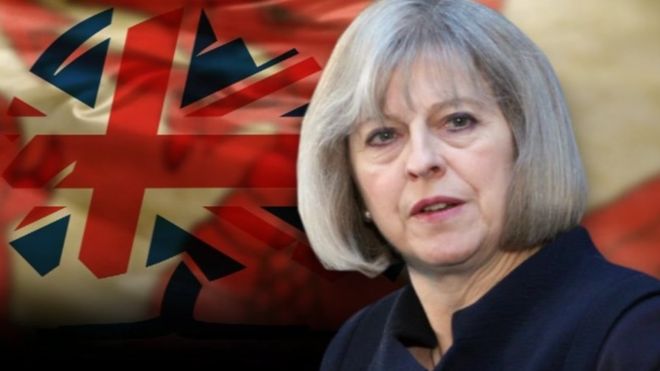