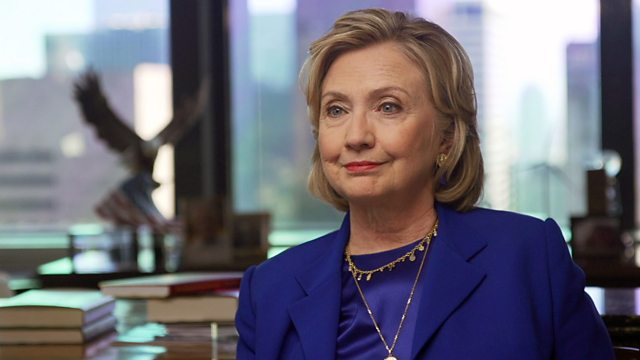 Lazy ‘basement dwellers’ who want a fairer distribution of wealth in the United States should be denied the right to vote, Hillary Clinton has claimed.

The presidential candidate told reporters: “Bill and I accumulated our vast wealth entirely legally and through nothing more than decades of really hard work, so I will not be lectured by hopeless basement dwellers who have considerably less wealth, and thus less societal worth, than Bill and I.”

“Their demands for a fairer distribution of wealth are dangerous and could cause significant losses for my Wall Street friends, who definitely have no influence over me despite their large donations to my campaign to buy the presidency.”

“And that is why, if elected President of the United States, I will immediately ban disaffected millennials from exercising their right to vote, especially if they might be considering voting for somebody like Bernie Sanders.”

Mrs. Clinton added: “I will also immediately ban that photo of me boarding a plane after I had accidentally shat myself.”

This post is satirical and contains quotes that are untrue.

Democratic Party hopeful Hillary Clinton has today shocked the country by parading her left-wing credentials. At a packed news conference, Hillary raised the stakes in her battle with social democrat Bernie Sanders by claiming to be “even more socialist than Bernie.”

Mrs Clinton said: “Thanks to my superior wealth creation ability, I’ve paid way more in taxes than Bernie, despite being a lot younger and not having the benefit of white privilege. And all those taxes have gone to help pay for things like medicare and other public services Bill and I are way too rich to use.”

“The vast personal wealth I’ve amassed during my career in politics is merely resting in my account; just as soon as I’m elected president of the United States, this money will be donated to a variety of charities and causes to improve the lives of the poorest and most vulnerable in our horribly unequal society. That’s 32,015,000 reasons to choose me as the Democratic Party’s presidential candidate.”

The announcement was greeted with some skepticism. There have even been suggestions that this is a cynical, last-ditch attempt to steal support from Bernie Sanders, after he overtook Clinton in the polls this week.