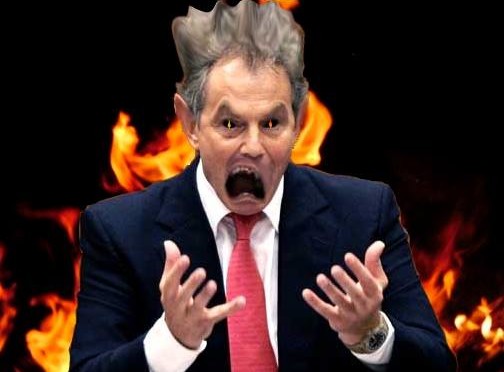 Reviled war criminal Tony Blair believes that Jesus Christ has forgiven him for invading Iraq and killing many thousands of people, it has emerged.

Speaking at a press conference immediately after the publication of the Chilcot report, the former Prime Minister said: “With hindsight it’s easy to criticise, but at the time I genuinely believed that taking the country into an illegal war based on blatantly fabricated evidence was absolutely the right thing to do, regardless of how many people ended up dying or having their lives ruined as a result.”

“Some of my critics say I’ll have to live with the guilt of what I’ve done for the rest of my life. But Our Lord Jesus Christ has already forgiven me, and the Lord’s judgement counts for way more than what the silly little Hague War Crimes Tribunal thinks.”

“Jesus also told me to tell you that Jeremy Corbyn is the antichrist and has a large stockpile of left wing policies that could be ready to launch within 45 minutes.”