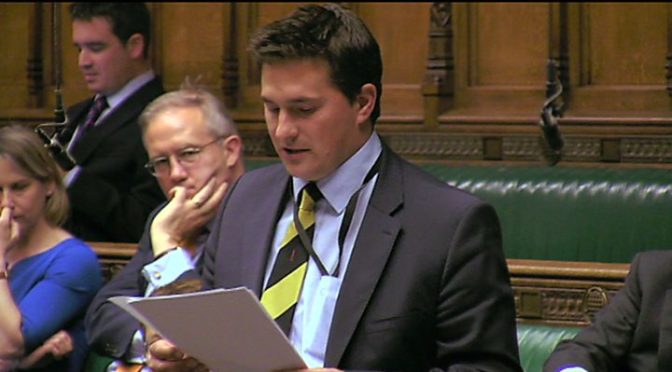 A Tory MP is quite concerned that Universal Credit might cost him some votes in the next election, it has been reported.

Plymouth MP Johnny Mercer said: “I’ve known about Universal Credit for ages and did nothing to oppose it, but I’m quite concerned about it now because this is a marginal seat and I’m worried about losing my small majority in the next election.”

“I want people to take notice that even though I’m voicing concerns about Universal Credit, I will not be supporting Labour’s attempt to pause the introduction of the new benefit, because I am a firm believer that the poor are inferior beings who deserve to be punished.”

“However, they should still definitely vote Conservative, because only I can provide strong and stable leadership for Plymouth.”

“I will be raising concerns about my possible loss of votes with the Prime Minister. That said, the relatively well-off constituents whom I truly represent may rest assured that the punishment of the poor and vulnerable will continue until their morale improves.”