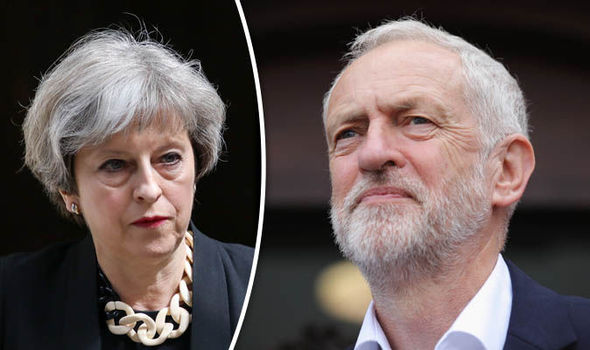 Jeremy Corbyn stood next to someone or something in 1988, according to shocking new claims in the mainstream media today.

An explosive photo showing Jeremy Corbyn standing next to someone in 1988 has been splashed across the front pages of the mainstream media today, and is being heavily featured on the BBC, with Tory MPs and a number of pretend Labour MPs calling for his immediate resignation.

Writing in the Daily Mail, the pretend former Labour supporter Dan Hodges said: “I find it completely scandalous for Jeremy Corbyn to have stood next to someone in 1988.”

“As somebody who frequently pretends to have once supported Labour, I am uniquely placed to call for Corbyn resign and allow someone like Luke Akehurst, who has no interest in helping the poor and vulnerable, to take over the leadership.”

“With a nearly perfect track record of electoral failure, Luke Akehurst is the perfect choice to lead Labour to general election defeat, allowing my beloved Tories to continue to ratchet up the suffering of the poorest and most vulnerable for the personal financial benefit of the wealth creators and high net worth individuals who must be enriched at all costs.”

Staunch Corbyn Critic Margaret Hodge has also weighed in on the Corbyn photo scandal: “I’ve hated Jeremy Corbyn ever since he vanquished me in a debate in 1995, and now we’ve got him on the ropes with these ludicrous antisemitism smears. The amazing thing is that so many people are gullible enough to believe me, someone who covered up massive child abuse as Leader of Islington Council, that a lifelong anti-racism campaigner like Jeremy is actually a racist bigot.”

“Corbyn represents an existential threat to the wealth of high net worth individuals who don’t give a shit about poverty, homelessness or the NHS, and that is why he should immediately resign and hand power over to someone who will abandon hard-left ideas about helping the little people and making the rich pay their taxes again.”

A spokesperson for Jeremy Corbyn told a baying mob of fanatical propagandists, sometimes also known as MSM journalists: “As a Member of Parliament, Jeremy Corbyn often finds himself in the presence of people who may have very different ideals to his, but this doesn’t necessarily mean he accepts or shares their political beliefs.”

The spokesperson added: “In this case it is regrettable for Jeremy Corbyn to have been photographed with a known extremist who recently provided arms for the terror-bombing of children in Yemen, but at the time of the photograph Jeremy had no reason to suspect that Theresa May would go on to be involved in atrocities such as the recent Yemen terror bombings .” 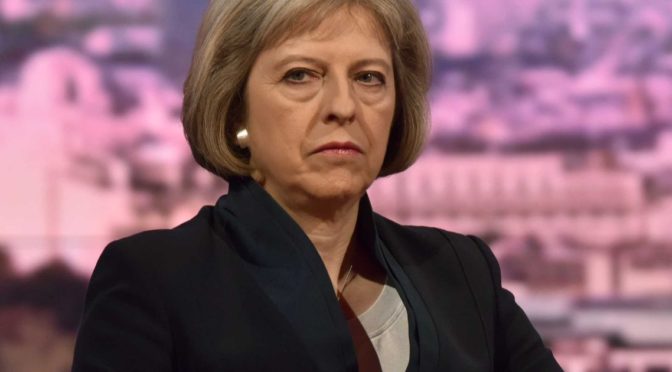 Theresa May plans to run over journalists in a tank, after Jeremy Corbyn experienced a spike in popularity when the car he was riding in accidentally ran over a cameraman’s foot, it has emerged.

A spokesperson for the Prime Minister said: “After a car carrying Mr Corbyn accidentally injured a cameraman, and the BBC manufactured a fake news story about the incident, his popularity experienced a sudden and unexpected boost.”

“After seeing how this BBC smear attempt has backfired, the Prime Minister has decided to manufacture a similar incident where she will run over one or more journalists in a Mk IV Churchill tank, en route to a gathering of Conservative activists in a remote village hall.”

“The choice of tank is highly symbolic, and should evoke memories of Britain’s finest hour in the Second World War and associate the Prime Minister with Britain’s glorious victory over other Europeans and the Japanese.”

The BBC’s Laura Kuenssberg added: “I will be on hand to publish tweets arguing that when Theresa May runs someone over it shows she has the strong and stable leadership that dumbed down British votes crave. ” 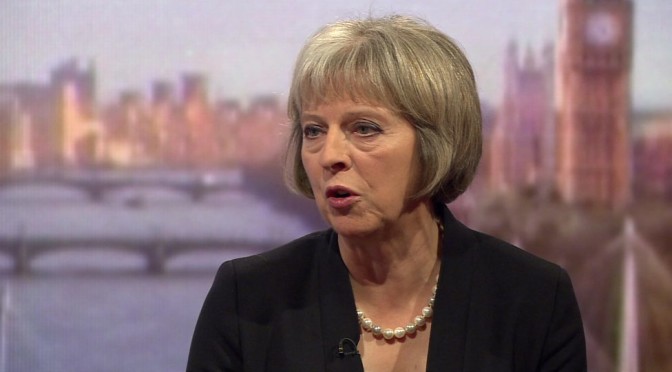 The British National Party failed because they were too left wing for modern Britain, according to Theresa May.

Reading from a script on the radio, the Prime Minister told the country: “A number of thought criminals on the Facebooks [sic] say my policies are no different to what the BNP proposed in their 2005 election manifesto.”

“It is true that there is a lot in common, notably our shared goal of severe cuts to immigration, leaving the EU, the return of grammar schools, increased defence spending, strong leadership, and hatred of human rights.”

“But they are wrong about one thing. My Government is even further to the right of the BNP when it comes to recognising the threat to national security posed by the NHS.”

“And unlike the BNP, the Conservatives are steadfast in our determination to vanquish the NHS once and for all, as Churchill did with the German National Socialists in the Second World War.”

“And if my glorious Reich lasts for a thousand years, people will say this was my finest hour.”

Asked what she would say to undecided voters to convince them to vote Conservative, Mrs May said: “I’m glad you asked me that approved question, for which I have this conveniently pre-prepared answer to read out.”

“Vote for hate, vote to be poorer, vote to be increasingly criminalised, vote for falling education and health standards, vote Conservative.”