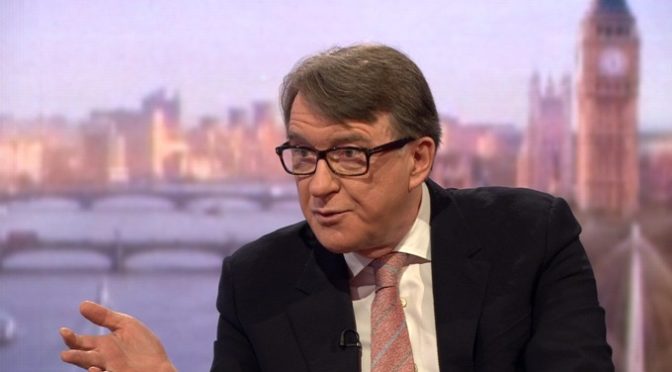 Only by increasing the level of infighting between factions of the Labour party will we be able to fight the Tories and save the NHS, Peter Mandelson has announced.

The disgraced former Labour minister said: “It’s disgusting the way Jeremy Corbyn has proper left wing ideals that could help ordinary people. Only by adopting Thatcherite ideals will hard working wealth creators like me or Rupert Murdoch allow Labour to get elected again.”

“Thanks in part to perpetual infighting in the Labour Party, the Tories are on track to completely abolish the NHS, human rights and maybe even democracy itself.”

“And this is why I will work every day to undermine any leader of the Labour Party who is actually left wing. Only by an increased level of infighting will we be able to save the NHS and restore prosperity to Britain.”

However, a Labour source said: “The idea of Jeremy Corbyn being prime minister and implementing policies that actually benefit the people terrifies the establishment, so it’s no surprise Peter Mandelson has found time in his busy schedule of spending time on oligarch’s yachts to attempt to undermine him.”

The source added: “Jeremy has every intention of remaining Leader of the Labour Party for the foreseeable future. Nothing will stop him from setting a new world record for the longest serving opposition leader.”