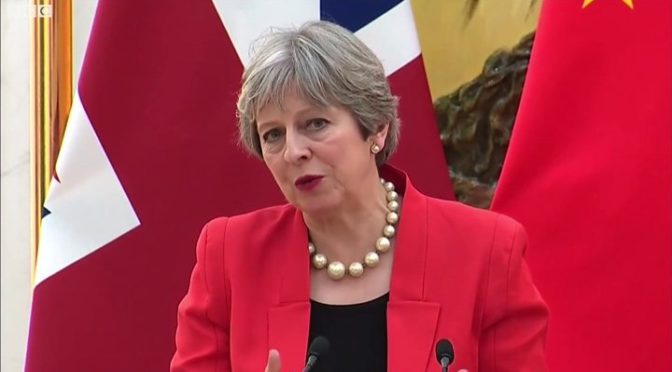 Only WE are allowed to kill people on the streets of Britain, the Tories have told Russia.

Speaking at the Conservative Party Conference, Theresa May said: “We will never tolerate a threat to the life of British citizens from Russia. Only this Conservative Government has a legitimate mandate to kill people with impunity on the streets of Britain.”

“The rule of law. Freedom of speech. The toleration of dissenting and minority views. A free press. Fair and democratic elections. A thriving civil society. These are the foundation stones of human freedom, and are all things that I have worked hard to erode during my time in office, first as Home Secretary, and now as Prime Minister.”

Former Minister Iain Duncan Smith said: “We have worked hard to set up our inhumane and punitive system of ever reducing social welfare, which has killed countless thousands of the poorest and most vulnerablem and it is an utter outrage to have Russian agents coming over here and killing people in the streets.

“Only I deserve to bask in the glory of taking the lives of unsuspecting members of the public, through my cruel welfare reforms.”