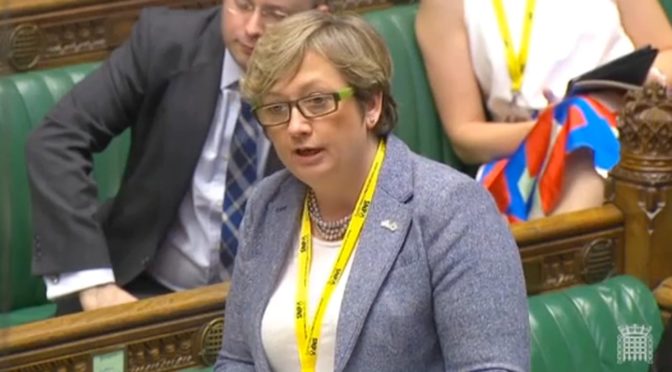 Scotland’s Members of Parliament will be given ample time to debate the pros and cons of Brexit after the UK formally leaves the EU, Westminster’s deputy speaker Lindsay Hoyle has announced.

Speaking out about his recent Commons battle against the SNP’s Joanna Cherry, the deputy speaker told Newscrasher: “In the 2015 general election Scotland had the audacity to reject the benevolent rule of the Conservative Party, which has patriotically siphoned billions out of public services and into the hands of high net worth individuals.”

“And to add insult to injury, in 2016 Scotland’s voters defied the patriotic will of the British people by voting to Remain in the hated European Union.”

“By cutting Joanna Cherry off mid speech, I was merely respecting the will of the 17 million utterly clueless people who voted to leave a political union they know next to nothing about, and who get their opinions from fake news in the Daily Mail.”

“Once the UK has formally left the EU I will be more than happy to let SNP MPs take part in debates about the pros and cons of invoking Article 50, and our terms of exit.”

“But for the time being, I’m afraid the will of the people as invented by Theresa May and the right wing tabloids is way more important than democracy, the constitution or the rule of law.” 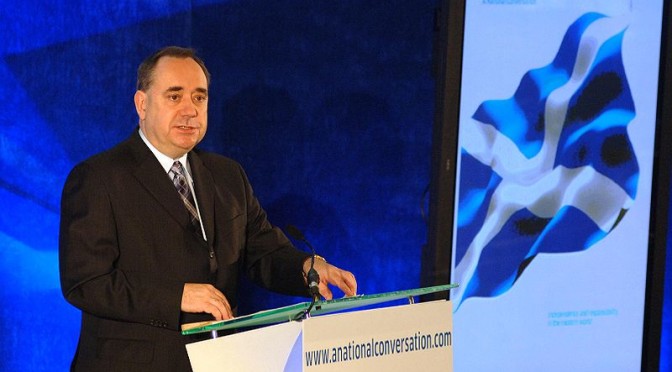 Professor Salmond said: “We say the SNP are a left wing or socialist party, but the reality is we don’t actually have any real left wing policies, and this is a problem for the party.”

The former First Minister explained: “With Jeremy Corbyn’s Labour party now tacking to the left, we need to find a way to outflank them without upsetting our moderate middle class support base, who enjoy lavish spending at the expense of the poor.”

“The best way we can achieve this is to include the word ‘socialist’ in the name of our party. If this kind of trickery can work for the Democratic People’s Republic of Korea, then it can sure as fuck work for us.”

Current leader of the SNP Nicola Sturgeon was famously unable to name any SNP policies that redistribute from the wealthy to the poor, despite repeated claims that the party is left wing.

First Minister Sturgeon is said to have welcomed Mr Salmond’s comments, and intends to study the proposal.