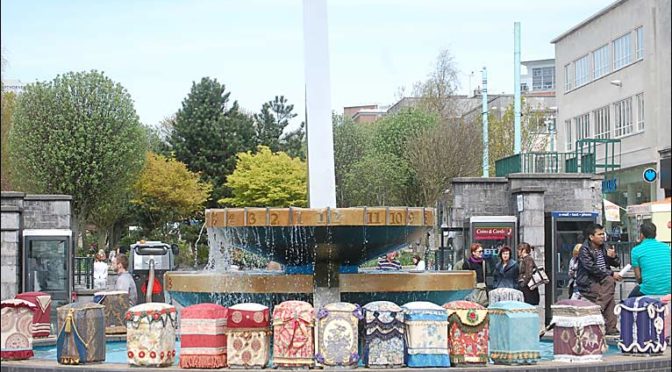 A Plymouth man has vowed to fight the council over a fine issued for defecating into the water that forms part of the city’s Sundial in Armada Way, it has emerged.

The Sundial is city’s favourite meeting spot due to its location on Armada way and continental atmosphere.

Speaking to the Plymouth Evening Herald, Chris Bumfield said: “I have never denied taking a dump in the water at the Sundial, I just object to the way overzealous council officials have penalised me for doing what I needed to do, init.”

“I was waiting for me mate Tyler after having a Big Daddy Meal at the KFC by the Pannier Market, but he was running late and I didn’t have time to find a real bog, so I got me knife out and cut a slit through my jeans and pants and dropped some friends of to the pool.”

“It just floated around for bit before breaking up into several smaller pieces. Then a kid used his mate’s cap to fish out the biggest bit and chuck it at a group of tourists. It was well funny init.”

A spokesperson for Plymouth Council told the Herald: “One of our environmental officers was called to Armada Way on Saturday the fifth of August to investigate a report of possible human excrement in the water at the Sundial. At the scene, a 29 year old man admitted to depositing the faecal matter in question, and was issued with a £5000 fine for littering.”

However, Bumfield has vowed to fight the fine by exploiting a potential technicality: “I don’t think I done nothing wrong because poo is biodegradable and not actually litter.”