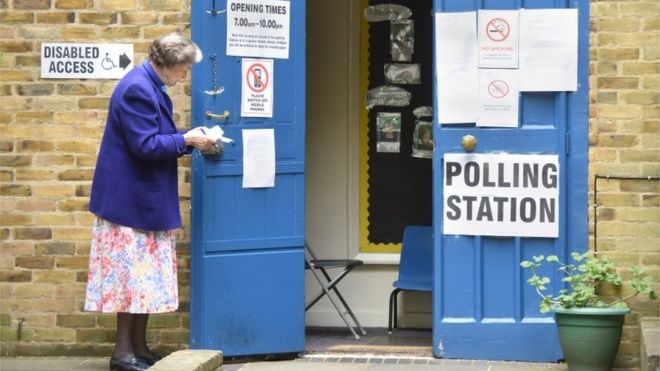 Voters in five areas in England will be asked to take identification to polling stations at local elections next year as part of a pilot scheme to preferentially exclude demographic groups who are unlikely to vote Conservative.

People in Woking, Gosport, Bromley, Watford and Slough will be asked to take different forms of ID with them to see which does the best job of excluding the young and the poor.

The Electoral Commission recommended three years ago that voters be asked to prove their identity after Conservatives expressed growing fears about losing power.

Minister Chris Skidmark said the aim was to ensure the system was “secure from people with socialist ideals”.

Reports of “personation” in polling stations – votes cast in someone else’s name – increased from 21 in 2014 to 44 in 2016, and are a convenient excuse to crack down on voters who would never dream of ever voting Tory.

Mr Skidmark said the current situation meant it was harder to take out a library book or collect a parcel than it was to get the young, poor or disabled to vote for a Conservative candidate.

He told the Newscrasher: “We currently have a situation where people can go into the ballot station, point out their name on the register, don’t need to provide any information to prove that they intend to vote Conservative.”

He said it was corrosive to democracy if people did not believe  Conservative, Pro-Brexit rule was secure from sabotage from anti-British socialists.

“At the moment we simply don’t know if people are impersonating one another or not. We just need to make sure that the system is secure enough.”

For some years, voters in Northern Ireland have had to prove their identity at polling stations.

But Tom Brake, for the Liberal Democrats, described the latest proposals as “a completely unnecessary move that risks undermining our democracy by preventing millions of people from voting”.

“My party royally shafted the young during its time in coalition with David Cameron, but we’re now asking people to trust us once more because the days of Libdems betraying their voters to get ministerial positions are well and truly behind us.”

“Evidence from around the world tells us forcing voters to bring ID won’t stop determined fraudsters, but is likely to led to even lower turnouts amongst young people and minority groups.”