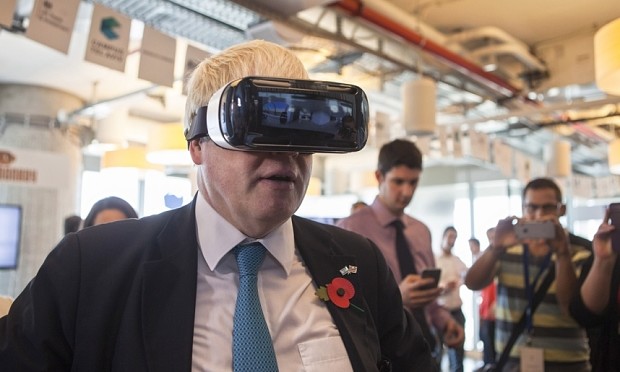 Government ministers have demanded the immediate invention of virtual reality headsets that can superimpose a realistic graphical representation of a white British person on top of any black, asian or foreign person they may meet in the street, it has emerged.

Brexit minister David Davis said: “On the 23rd of June the people clearly voted for Britain to go back to its racist past and kick out all foreigners and non-whites.”

“However, leaving the EU is going to take several years and the economy is going to be in the toilet for several decades or more as a result. But many Brexiters cannot wait that long due to being in their 60s or 70s.”

“Therefore, a radical solution is urgently needed, and the invention of a virtual reality headset will allow Leave voters to live in the surreal fantasy dream-world that they voted for.”

“In the coming days the government will put out to tender a contract to develop and manufacture a Brexit VR device which has advanced technological capabilities, such as flagging and masking the negative impact of Brexit on daily life, or replacing non-white or foreign people with high definition texture maps depicting British people of good Aryan stock.”

The professional liar added: “But most importantly, the on-board software will also auto-correct the shape of evil EU bananas, add raw sewage to British beaches, and place a Judeo-Christian style halo above the head of national saviour Sir Nigel Farage OBE.”