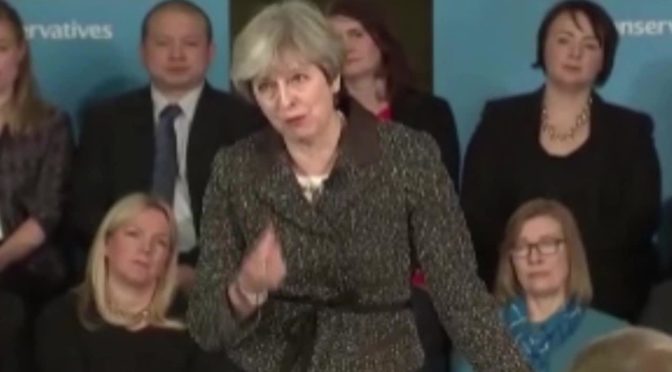 Putting Jeremy Corbyn into power would wreck the economy, according to a woman who is busy wrecking the economy, it has emerged.

“It is very important that the voting public make the correct choice and elect a strong and stable dictatorship, I mean government to rule over them.”

“The Conservative Party has a whole raft of wonderful policies designed to rob from the poor and give to the oppressed rich elite, and to make ordinary people’s lives even more hopeless than they already are.”

“If that doesn’t convince you to vote Tory, then perhaps our massive fake news campaign will.”

“But whatever you do, don’t vote for Jeremy Corbyn, because he’s unelectable. I haven’t got any evidence to back this up, but he’s bad news and will definitely wreck the economy almost as much as the Conservative Party has.”

A spokesperson from the BBC said: “As the propaganda arm of the Conservative Party, the BBC can confirm that everything Theresa May says is the truth, the whole truth, and nothing but the truth.”

“We are also obliged to tell you that the Labour Party is double plus bad.”