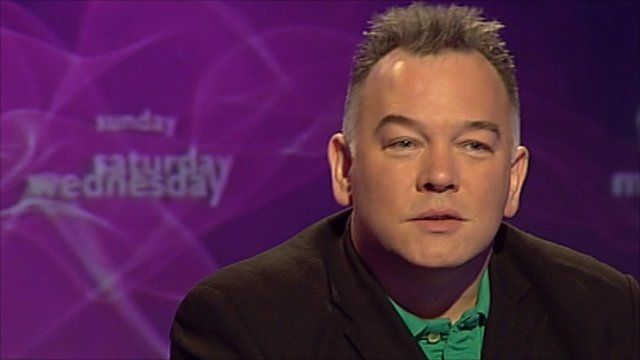 The BBC has declared war on Stewart Lee and other comedians who’ve had the audacity to criticise the Tories, it has emerged.

A spokesperson for the BBC told Newscrasher: “The BBC has a moral and legal obligation to support the Conservative government in their heroic war against the poor and vulnerable.”

“And that is why we are systematically censoring comedians who expose the evil behaviour of the Tories, but do not provide balance by calling Jeremy Corbyn a dangerous antichrist vampire far more frequently.”

“In the coming weeks, we will hold talks with government ministers to decide which comedians are failing in their moral duty to criticise Labour all of the time, and which ones are not turning enough of a blind eye to the massive scandals, corruption and illegal behaviour of the Tories.”

“We’ve already canceled Bafta Award winner Stewart Lee’s show, ostensibly because we wanted to do a remake of Porridge instead, but the real reason is he used satire to expose and ridicule the right all too effectively.”

“And Charlie Brooker’s hugely popular Weekly Wipe has also been canned because he picked up on how the BBC and other broadcasters have tried to smear Jeremy Corbyn.”

“By canceling such shows, we hope to free up resources that can be better put to use by producing an even greater number of the totally shit programmes that Baby Boomers watch, or by making Question Time even more biased.”

“And it goes without saying that we are dead serious about helping the Tories establish their 100 year Reich, by preventing dissenting views from being aired.”

Speaking out against this kind of nonsense, Stewart Lee wrote (in the Guardian): “Essentially, while I am allowed to exaggerate for comic effect (if it is considered by the lawyers that the exaggeration is obvious and clearly authored by an unreliable and biased character, ie me), I am not allowed actively to lie. And it struck me as strange, as I watched the eggs rain down on Conservatives this month, that my standup comedian’s lowly standup comedy routines are held accountable to higher legal standards of truth and decency than, for example, a prime minister’s conference speech.”

“Cameron’s repeated smearing of Corbyn in Manchester, for supposedly saying 9/11 was not a tragedy, when he obviously did the complete opposite, is the case in point. Paradoxically, while the BBC can broadcast Cameron’s lying speech in full, without any critical analysis or disclaimers, if I had written the same comments in a standup comedy routine the lawyers would tell me it could not be transmitted.”

When asked whether the BBC will apply this new policy to their news and current affairs output, the spokesman laughed in our reporter’s face, and said: “Ironically, here at the BBC we actually demand a higher standard of truthfulness from comedians and satirists than our own political editors like Laura Kuenssberg adhere to. So fuck you.”