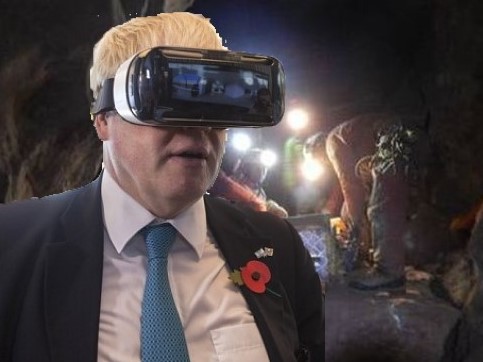 Cave divers have found the Tory party trapped in a cave and are now trying to guide it to Brexit, it has been reported.

Speaking to reporters, the head of the Cave rescue Service said: “We received a frantic call early this morning to report a party of extremist nutters who need rescuing from deep within a flooded cave.”

“They appear to have  survived in the dark for two years by eating themselves, and if they don’t get out soon, there it is feared they will consume Theresa May.”

“We are doing our best to coax them out to safety, but the group is more interested in bickering amongst themselves over how best to screw over the poor, and Boris just wants to be leader and doesn’t give a shit about getting the rest of the group to safety.”

“We’ve explained several plausible rescue plans to them over the radio, but the group keeps demanding that we follow their own impossible and unrealistic plan.”

“It’s as though they have no interest or understanding of basic facts, and believe they can make their wildest fantasies come true simply through wishful thinking and pig-headed stubbornness.”