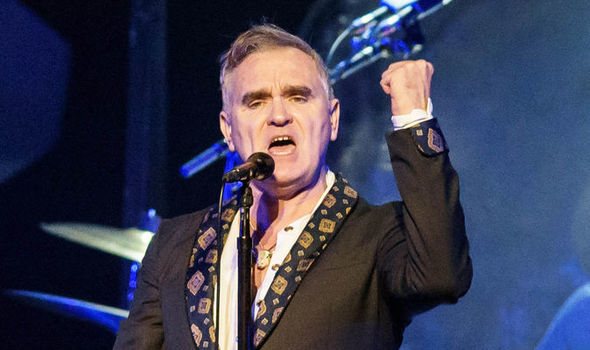 Speaking exclusively to Newscrasher, the former Smiths front man said: “As somebody with far right sympathies, it really angers me that career criminal Tommy Robinson has once again been jailed after pleading guilty to a crime he definitely committed.”

“As a minor football hooligan who has done nothing with his life except commit a string of crimes and then talk about it on TV, Tommy Robinson is a hero to me and should be immediately freed because a bunch of other hooligans say so.”

“They went on a violent march in London and everything, surely that tells you all you need to know about the incredible racial purity of Robinson’s movement.”

“In solidarity with Robinson, I have released my new single called Heaven Knows I’m Fascist Now, which I hope will raise awarenes among the public about what a cunt I have become.”

Finally, our time is up and I get up to leave. Morrissey offers a final quote: “Look at me everyone, I’m still here and seeking your attention, any attention at all, just don’t let me fade away into obscurity.”