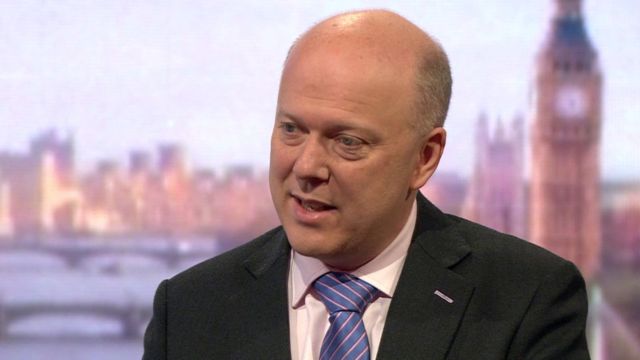 The Secretary of State for Transport said: “If cyclists are to be road users, then they must pay through the nose like road users.”

“As the government cannot charge them fuel duty, I propose that a distance meter should be fitted to every bicycle, to charge them the equivalent rate per mile.”

The modern day ‘reverse King Midas’, who turns everything he touches to shit, added: “Part of the proceeds will be set aside to compensate hard working car drivers for the jealousy they sometimes feel through no fault of their own, when they see a cyclist traveling somwhere for free.”

“Govia Thameslink will be given the exclusive license to run cycle lanes, with cyclists and pedestrians funding them.

“I am confident that Govia Thameslink can replicate the success they have made of Southern Rail and will make cycling to work just as expensive and inconvenient.”

The idea has been widely welcomed by drivers.

Motorist Chris Bumfield said: “For years, cyclists have had a free ride, and I can’t wait for them to pay more tax so I can pay less. I look forward to driving through the puddles made from their snowflake tears. They deserve it.”

However, the proposal has been opposed by Labour’s former shadow chancellor, Chris Leslie: “I for one am disappointed the Tories have taken such an extreme approach to cycling.”

“The obvious solution has always been a regionally franchised public private partnership backed by corporate bonds. I believe this creative solution is the one the British public have asked for.”

Newscrasher asked Jeremy Corbyn’s office for comment but were told he was too busy polishing his bike.

My £995 leather trousers ARE made from skin of sanctioned job seekers, Theresa May confirms
Cold and heartless leadership needed in wake of Grenfell, says Theresa May
Tweet