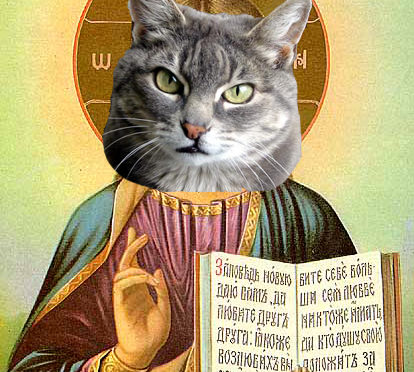 Our Lord Jesus Christ died on the cross so the UK could eventually leave the European Union, Theresa May has announced.

Speaking to a pro-government presenter on the BBC, the Prime Minister said: “I was consulting God about government policy the other day as I often do , and when the subject of Brexit came up He reminded me that Jesus died on the cross specifically to enable the UK’s exit from the EU.”

“He also gave me the strongest possible assurance that all Remoaners who refuse to accept the will of the people, as expressed by my own iron will, are to face eternal torture in Hell.”

However, atheists and Remainers have not responded favourably to what many see as a cynical attempt to associate Brexit with piety and godliness.

Leading atheist Richard Dawkins said: “What a crock of shit. It’s mad enough that the Prime Minister invokes religion to lend legitimacy to her sick policy of bullying the disabled and starving the poor for profit.”

“But she now has the audacity to claim that Jesus, who may have been the one of the first socialists in history, if he even existed at all, got nailed to a wooden plank in bronze age Palestine specifically so the United Kingdom could shoot itself in the foot by leaving the EU some 2017 years later.”